Getting there
Flybe seemed to be the most convenient airline for me to go with. I had never travelled with them before but wasn’t too concerned about it as the flight was about an hour. Logged onto their website and saw that the journey there was about forty something pounds and thirty something pounds for the return. Seventy quid; not bad. More fool me. By the time the tax and baggage allowance had been added, I was well into triple digits and to top it off, there was the extra £6 per ticket surcharge for using a debit card – that’s right, a charge for using a debit card. Had I had an electron I would have avoided it, but hey ho, tickets booked and I was on my way.
The real funny moment came after I fastened my seat belt, made myself comfortable for the flight ahead and looked through the window. There were this big fan like thing staring me in the face, and then I gasped ‘this plane had propellers beau!’ My husband just nodded, ‘yes, it does’. I wish I was as calm as him. ‘Is it safe?’ I was beginning to feel a little anxious. Again he nodded, ‘it’s safe’. Nothing fazes that man.
Anyway, the propeller plane arrived safely. Walked straight off the plane, out the airport and into a taxi. Wow, less than 8 minutes after the captain had announced we could unfasten our seat belts, I was in a taxi on my way to our hotel.

Hotel
Our hotel was brilliant. Not the luxurious sort to which one has become accustomed I must admit but none the less I would definitely stay there again. Our room had a clear view of the L’erre Bay from which I captured the most stunning sunsets. Staff were friendly and food was plentiful.

Site – seeing
I surprised myself at how quickly I got into the whole table tennis thing and spent more time watching the match than I had anticipated. Those girls were brilliant, and each individual game was over in a matter of minutes. I was so proud to see my niece and her team mates take gold for England.
As such, I didn’t get out and about as much as I thought. We managed to see The Little Chapel – which I agree is the tiniest chapel I’ve ever entered. Visited a farmers market - where I was chased by chickens, I kid you not – and took a few nice strolls along the beach. And do you know why they were nice strolls? Because they were hardly any dogs! Guernsey has a policy on dogs that they must be on leashes and are even forbidden on the beach at particular times of the year!!! I for one shall definitely be going back to Guernsey. I didn’t have a chance to visit the island of Sark which looked quite intriguing in the brochures and that alone I believe warrants another trip to this Channel Island in the not too distant future.
For now though, I’m tuning my attention to Korea and Japan where I shall be heading in a couple of days. I just pray that volcano behaves itself….. 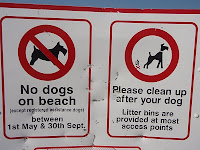 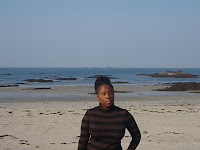 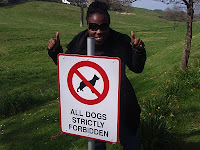 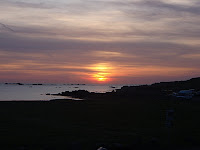 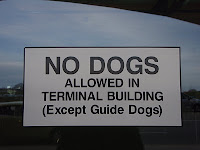 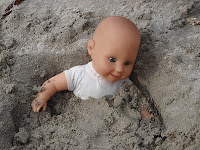 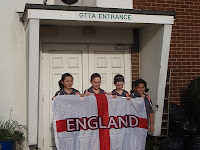 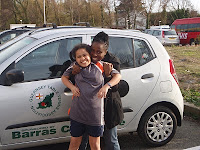 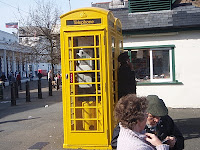 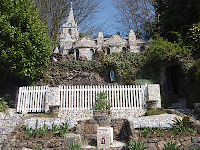 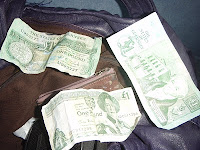