I took a bath, STARK NAKED, in front of complete strangers

Beautiful Hakone
I left the luxuries of my hotel in Tokyo; the noise, the hustle and bustle for the tranquil atmosphere of Hakone and the simplicity of a Ryokan. I’ve been blessed to visit some exceptionally beautiful destinations in my time and Hakone is right up there with the best of them. As our bus climbed higher and higher, encircling us deeper and deeper within the striking green mountains, I was surprised to see some people were actually bike riding up these steep inclines. 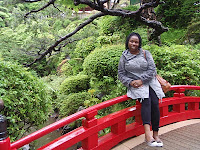 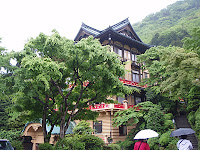 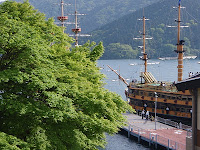 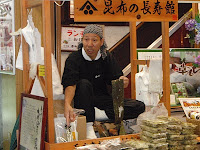 Sleeping on a tatami floor
We spent 2 nights at a Ryokan – Japanese traditional inn and even though I had pre-warned my husband about the simplicity of the accommodation (no beds, we sleep on futons and no chairs, we have cushions and a small low table) I think he was still a little surprised by the reality of it all. Although I am not too sure just how traditional this Ryokan was with a flat screen, HD TV in the corner of out room. It was a great experience for 2 nights but I'm not sure I could have stayed there much longer.
We had breakfast and dinner cooked for and served to us. Half the time I had no idea what I was eating. Occasionally I would ask, and a game a charades would entail as staff tried to mime the items which had no english translation. And I've never stayed at a hotel where it was acceptable - expected even - for guests to come to dinner in their dressing gowns (yukata). 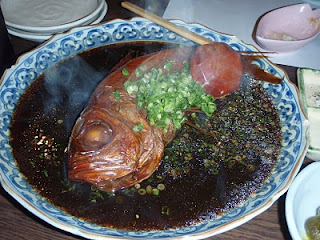 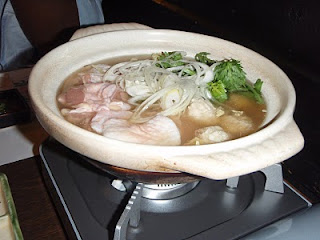 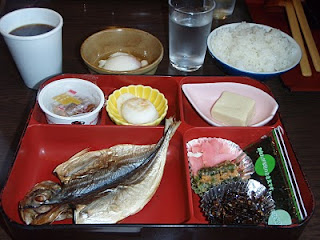 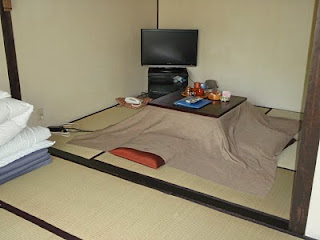 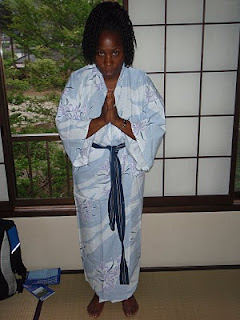 Bearing all
Hakone is beautiful and I can see why so many Japanese holiday here. I courageously travelled by their cable cars and ropeways, ascending more than 1,400 metres above sea level (I’m not a fan of heights). But I think the bravest thing I did in my time here was to take a bath, stark naked, in front of total strangers! There’s an onsen (hot spring bath) at our Ryokan and the rules are simple. Undress, use the shower area to wash your body thoroughly then sit, totally in the nude in the onsen with other guest. Thankfully they are separated into male and female. Admittedly, it wan'ts as daunting as I thought it would be and none of the petite Japanese ladies even raised so much as an eyebrow and my... slightly larger Western frame. There was the option of using a private onsen, but you know the saying, when in Japan......
(Don't worry, I waited until the last person had left before I snapped these photos) 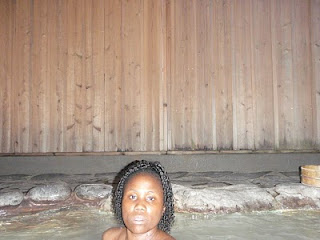 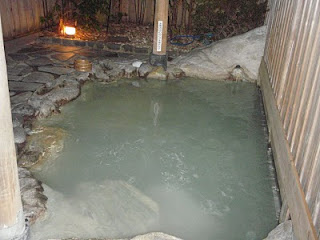