Kidnapped by the Japanese, bullet trains and Geisha

The Bullet trains are cool (caught 3 in total). I think maybe I expected to be zoomed across land at the speed of light with my cheek bones pulled backwards and all. In reality it’s mostly a smooth but very fast ride. The trains get up to a speed of over 300km per hr. What I like most is the efficiency of not only the bullet trains but all the trains we caught while here. They pulled off exactly on time and arrived exactly on time – not a minute earlier. The conductors bow on entering and exiting the carriages, which I also thing is really lovely (they all seem so sweet and gentle, it’s hard to imagine what 1 of them might do if someone didn’t have a ticket). And like all other public transport here, they are immaculately clean. As are the streets. We were playing a game of ‘spot the litter’ and the only thing I saw was I small piece of paper blowing along the pavement one evening in Gion... must have been a tourist. 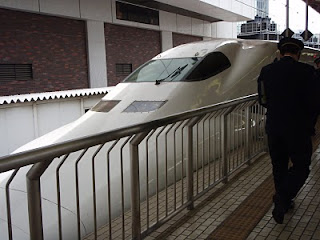 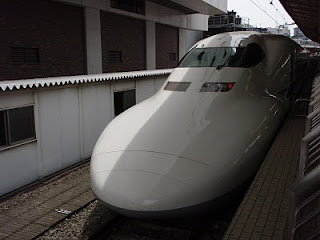 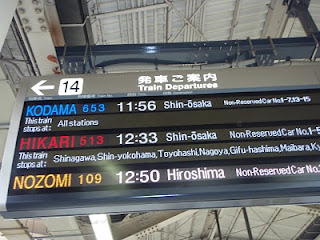 Kidnapped A curious Japanese lady struck up a conversation with us while on the way to Osaka for a day trip. After the initial pleasantries, my conversational skills where reduced to pointing at phrases in my handy little Lonely Planet Asian phrase book. A group of her friends seated nearby decided to get in on the conversation and though I am sure there was a lot lost in translation, I really enjoyed this 30 minute chat. I even got a free tutorial in counting in Japanese! I pointed to Osaka Castle on the map as my first destination as I had already worked out a route for getting there. However, when our train pulled into Osaka station, the ladies ushered us off the train. The 5 of them then formed a kind of circle around us and ushered us along the platform and up some steps, away from where we were going. With some degree of confusion, we hesitantly followed them onto another train where they began vigorously pointing at the map. It turned out they weren’t trying to kidnap us after all, they were merely showing us a quicker way to get to the Castle. One of them was shy and didn’t want to have her picture taken with me but some of the others obliged. 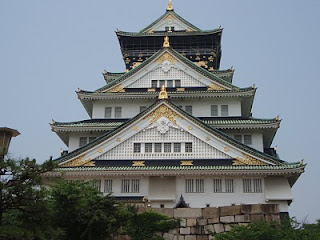 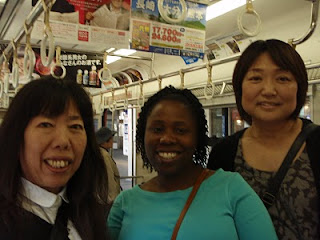 Geisha The bus net work in Kyoto is far more extensive than the subway so we did a days' exploration by bus, followed by a guided tour of the Geisha district (or should I say Geiko as they are known in Kyoto). The history of this profession was enlightening and the description of what life as a Makio (trainee Geiko for 5 years) entails left most of us wondering why so many still applied. Catching sight of them on their way to their appointments was amazing. They moved quickly, graciously and looked just as awesome in person as they do in the photos I had seen. So inspired by the whole experience was I that I decided I too would like to look like a Geiko. As we were on a tight schedule and no time to fit in a professional make over, I decided to try my hand a little ‘do it yourself’ make over. The result .... more ghastly than Gekio. 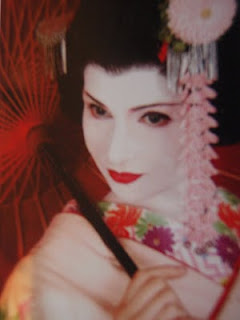 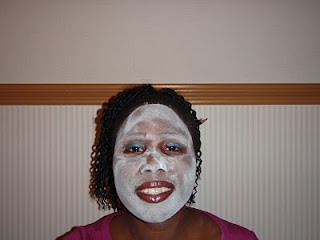 Nara
We did a guided walk of the Nara National Park – gorgeous area. Wild deer roam freely in and almost tourist, bowing politely for something to eat. I saw one who had even helped itself to someone’s map and was chewing contentedly on it! Our personal tour guide was extremely informative on the history, traditional and numerous religious festivals and observations of the Japanese. She was also able to clear up a few of my other queries. All the children we saw constantly walking around during the day weren’t playing truant. Schools were doing graduation trips; one bunch of kids actually descended upon us. We took photos together ad then we assisted them with a school project by answering some questions for them - the whole aim being for them to practise their English. One of them called Yogi was particularly amusing. We must have seen him another 3 times that day and on each occasion he would high 5 us and say ‘hi, long time no see’ in what I assume was an imitation of the American accent. The other mystery clarified was that of the many face masks around. People weren’t infect trying to avoid some deadly disease, rather, protecting themselves form pollen. Many hay fever suffers in Japan wear the nose and mouth coverings too successfully combat hay fever. 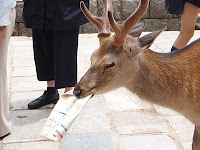 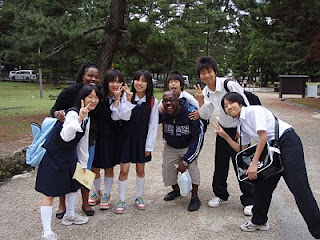 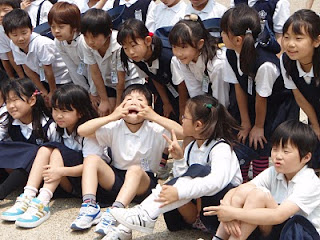 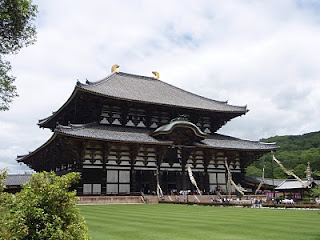 Cocktails & squid
You know sometimes on holiday you find a little restaurant or eatery that has maybe 1dish you love so much you frequent the place time and time again? Well for my time in Kyoto it was a little place around the corner from our hotel. The tempura squid and Shirley Temple cocktails were soooo amazing that even after dinner at another restaurant, I’d have to make a quick stop here for my favourite duo. 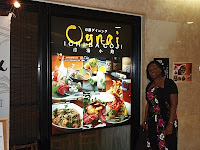