Convinced the husband that he should take the 3 days between the 2 bank holiday weekends and use it to visit family in Atlanta, as we’d be unable to go during the summer. 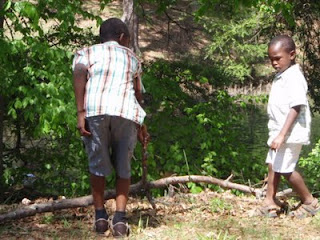 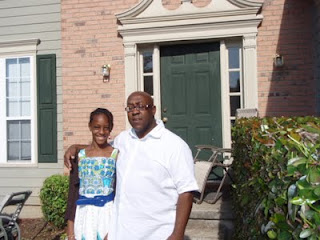 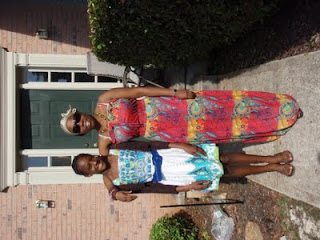 Although my last visit was only 5 months ago, for some reason the flight seemed endless. Me, who usually finds it difficult to sit through 1 film found myself watching 4 – Gulliver’s travel, Tangled, Convicted and Rabbit Hole.
Remembering the length of the queue at immigration last time and just how long it had taken us to clear, I was prepared. As soon as we disembarked the plane we made a beeline to immigration. Bursting as I was for the loo there was no such time for trivialities.
Easter was very different to UK, as it’s not recognized as a bank holiday. We did however attend a musical production of the life, death and resurrection of Christ. It was phenomenal. Impressive set, great cast (including acrobats) and professional singers. Wow, wish we could produce something of that quality at our church!
An importune trip took us down to Savannah Georgia. We arrived early afternoon and checked into The Thunder Bird Inn. It was my first time staying in an inn and I joked to my husband that it looked like the sort of place you’d get those American type bikers. We jumped onto one of those hop on hop off buses that give you a description of the town as you ride around. To be honest I wasn’t that impressed and felt a walking tour would have been more informative. We stopped for an early dinner at The Private’s Inn, which was hyped up but again barely satisfying. Then on to the Ghost and Gravestones tour - a ghost tour that started off slowly (so much so hubby was asleep within 3 mins of the bus pulling off). It picked up towards the end and even though I will be the first to admit it wasn’t worth the money, I’m a sucker for those kind of things! 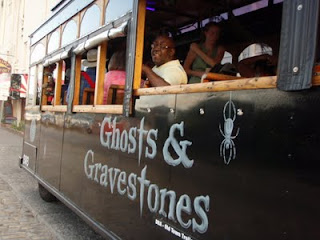 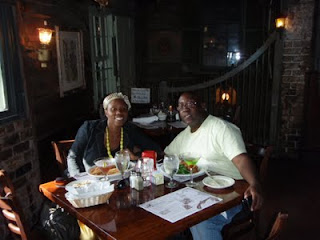 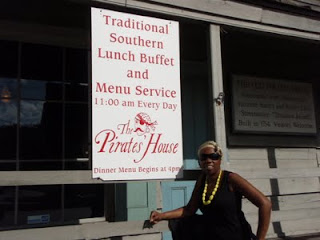 We took a late evening stroll back to our Inn. Low and behold, there were several Harley Davidsons parked outside. Now I am not claiming to have any knowledge of motor bikes or their cost but these things were very big, very shiny and looked very expensive. The next morning we saw the group of bikers congregated around their mean machines. After a breakfast of Krispee Kreme donuts and coffee I plucked up the courage to speak to them. There were a group of friends who lived near each other and were taking a road trip to Florida Keys. Contrary to the stereotypes given to many movie bikers, they weren’t tattooed, nor were they drinking beer (which could have something to do with the fact it was 9am)
We checked out nice and early to make the most of the day. The staff at The Thunderbird Inn were friendly at helpful but the accommodation was not to my liking and I wouldn’t stay there again.
For lunch we made our way to Mrs Wilkes Boarding House. Even though the food was not as spectacular as I had imagined, the dining concept was a great. You queue up (we waited about 20 minutes but I know some people have to queue for over an hour) you enter, sit around a table with a bunch of strangers (some you may have spoken to while in the queue) and pass around the bowls of food set out on the table. There was Southern fried chicken (the whole reason I went to this place), macaroni cheese, collard greens, coleslaw, BBQ meat (still not sure of what kind) cream of corn, baked biscuits, corn bread and several other traditional Southern dishes. We shared a table with a local who absolutely loved the place (always a good sign), an elderly couple who were on a cruise and a group of friends on a road trip to Florida for s shuttle launch. It was a great experience, a wonderful way to sample several Southern dishes and I would definitely recommend it if you’re in the area.
After lunch, we visited the first Baptist free Black Church. Very educational. 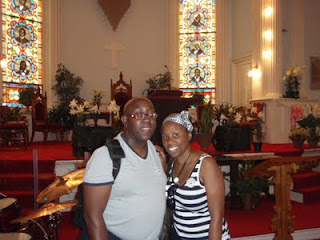 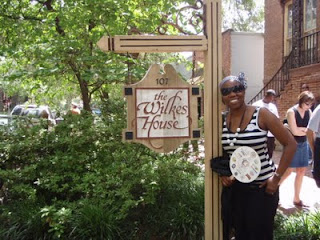 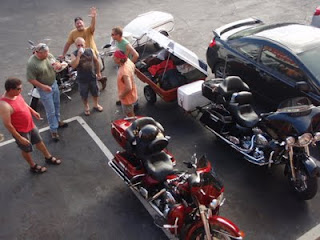 We left Savannah and headed to the seaside town of Tybee Beach. Funnily enough, not too different in appearance to some of the seaside towns in the UK. We parked up for an hour and strolled along the beach. The water didn’t look very welcoming so there were no temptations there. The walk along the water’s edge was interesting though because never before had I seen such huge jelly fish and so many of them washed up on shore.
A quick stop at the gift shop to collect some T-shirts for the kiddies and we were on our way. Headed across the boarder to South Carolina and a gorgeous island – Hilton Head Island. We checked into the Red Roof Inn which, in comparison to The Thunderbird Inn, was a luxury. It even had a small swimming pool, which I didn’t try out.
The next morning we headed to the creek. We thought we’d do some kayaking. There was a choice to go alone or pay extra and go as part of a group – going as part of a group with an experienced guide was a good shout. Hubby and I hadn’t been kayaking since the Maldives and with the wind as it was that day… well, lets just say we needed to be ‘rescued’ on a few occasions. Non-the less, it was a great 2 hours, a lovely way to see the creek and top up my tan! 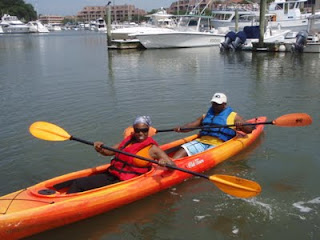 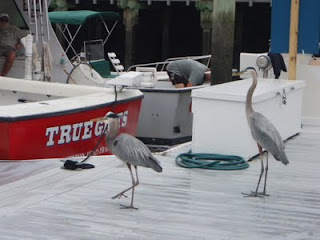 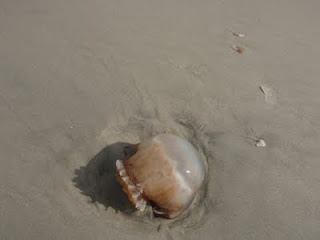 The four and a half hour drive home was a little tiring by hubby did a great job and we only made one stop. On our arrival, the kids were anxious to tell us that a tornado was brewing. While Atlanta was spared any great damaged, unfortunately Alabama was saw almost two hundred lives lost.
I thought I had escaped the Royal Wedding madness but no such luck. In fact, all the Americans I met seemed mildly mortified that I had dared to leave London during such a memorable occasion. (Imagine the horror when I didn’t wake up at 4 am to tune in live!!) I got so tired of the constant ‘you’re missing the wedding??’ that my reply became ‘Wedding? Who’s getting married?’
On my last visit to Atlanta, I fell in love with a super market called Trader Joe’s, or rather, their popcorn. Traders Joe’s sweet and salty popcorn is by far the best off the shelf popcorn I’ve ever consumed. Employees were bemused as to why we’d take a photo outside the store and even offered to take a photo with us once they’d learned how far we’d travel. 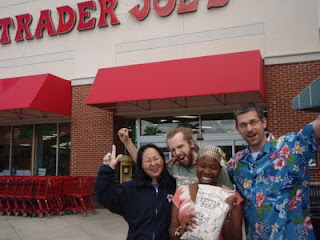 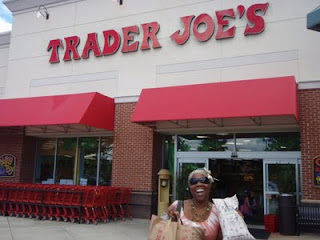 All in all another good trip and it was great spending time with the family.