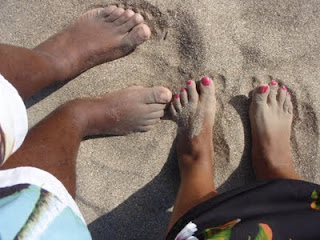 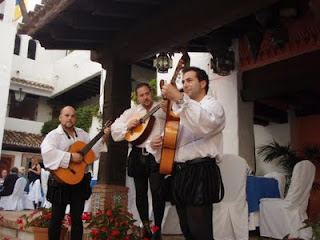 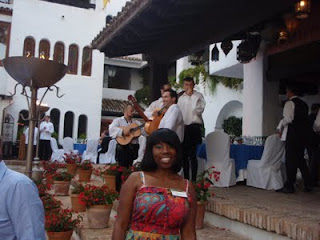 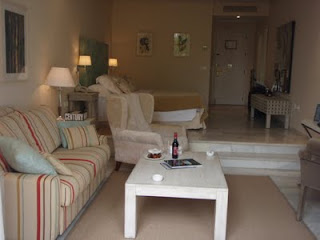 Big thank you to Citrix who sponsored a luxury 3 night, 4 day break to Marbella for employees and spouses / partners as an incentive for the company hitting its annual target.
There was a selection of flight times but as I always like to make the most of any travel opportunity, we went for the earliest BA flight out (06.50) and the latest back (18.10).
Thursday
Maybe I’m showing my age but I remember when British Airways used to be the airline to fly! On board breakfast was a tiny dry cheese twist, a similarly tiny chocolate twist, some yogurt and oats gunky, and some other inedible thing.
We were met at the airport in Malaga and transferred to the 5 star, luxury resort of Hotel Puente Romano in Marbella. We had a beautiful deluxe garden room with all the trimmings and a very short walk to the beach. After a shower, I remember climbing into bed saying I wanted a quick nap before lunch. The next thing I knew it was after 4 in the afternoon! As dinner was only a few hours away, we decided to skip food and head down to the beach. I risk sounding like a snob here I have been very spoilt when it comes to beaches; Barbados once a year, Maldives, Tobago, blue lagoon in Malta. So at first glance I couldn’t even bring myself to tread upon the dark, murky sand and was a little puzzled as to why some people had even dared venture into the coffee coloured water.
The first evening the company hosted a welcome meal in the beautiful open plaza area of the hotel. There was a 2 minute ‘welcome and well done’ speech, then we were left to mingle while enjoying a scrumptious buffet amid the backdrop of the dulcet tones of 4 men in tights with guitars.
Friday
Day at leisure. We had grand ideas of going horseback riding to taking in the sites of the mountains. What materialized was a slightly more relaxing, effortless day of lounging by the pool, unwinding in the sauna and enjoying the luxury of our room. But we did manage to fit in an hour in the gym to ease our conscience over the huge breakfast. Speaking of which, it was a good job we had filled up on breakfast; so much so it kept us through till dinner. I didn’t look at the price of the lunch menu available from the restaurant but I do know the small glass of coke we ordered by the poolside, which was half filled with ice, cost 5.50 euros. I can only imagine what a chicken salad with a side order of fries would have amounted to.
There was a slight palaver with our room safe not being able to open. Security tried for twenty minutes then had to resort to calling the company who had fitted the safes. Problem turned out to be that that the battery had died. Normally only passports, cash and laptops are kept in our room safe but for some reason I had put something slightly less valuable but all the less VERY needed for the evenings award dinner in there. I won’t say what it is but let’s just say I was more than just a little concerned as to what would transpire if the safe didn’t get opened before that start of tonight’s event!
The Awards dinner was another way to say thank you to everyone who had achieved their targets this year and present them with a small award. (Personally I was more than satisfied with they luxury break … but hey!). The food itself was boring but it was lovely chatting to my husbands’ colleagues and their spouses. They also showed the locations for next year’s events – both based in Turkey. No pressure honey, no pressure! Lol. 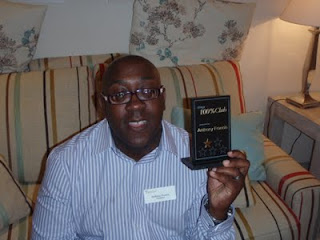 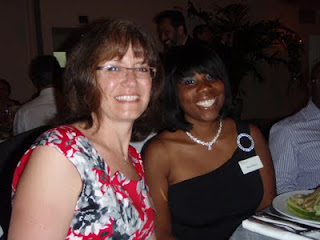 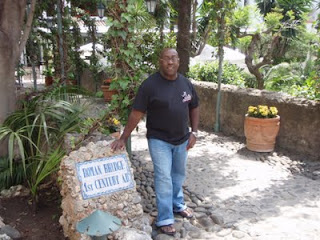 Saturday
Finally, a chance to leave the resort. The shuttle bus took us from the hotel to the first stop of Marbella. We did a leisurely walk through the Picasso Park, down the aisle of Dali sculptures that led to the beach. There was a huge, scary looking elephant statue on the beach; no idea what it signified. From the look of it, it must have been there for several years and had somehow managed to loose a tusk. We then walked back up to the Old Town and wondered around Orange square. When we had had our fill, we re-boarded the shuttle bus (they left every 15 mins) and continued on to Puerto Banus. Oh how the other half live. On one side of the harbor were the luxury yachts; the other side was lined with all the designer shops whose windows I only dared peek through.
In the evening, as there were no organized dinner events, we took a leisurely stroll to a Thai restaurant about a 10 minute walk from our hotel. It was very quiet but the food was scrumptious and the service we received from Pablo, our waiter, was great! 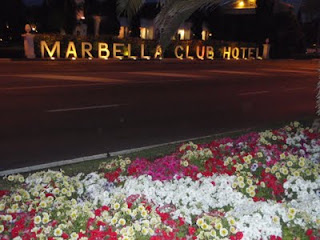 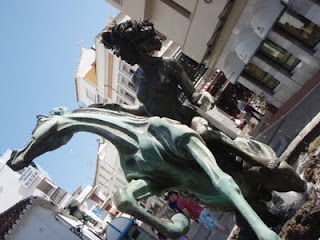 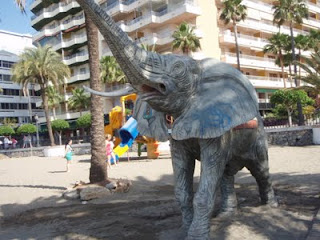 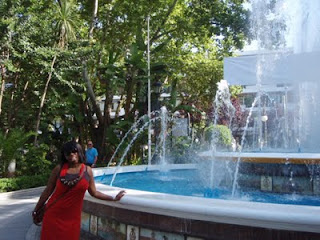 Sunday
Time to go home, but at least we still had more or less the entire day ahead of us. I didn’t envy those who had chosen the 11am flight and had to leave the hotel around 8. Instead, we had a leisurely breakfast, a final visit to the gym and sauna and a final chance to relax by the pool before our taxi came to collect us.
This was no way near the jammed packed, action filled holidays I usually op for but then again, this wasn’t a holiday. It was a chance for my husband who had worked hard to achieve company targets this year to relax, unwind and prepare for the year ahead … and that’s exactly what we did. 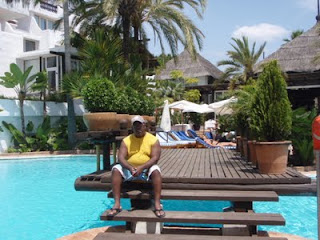 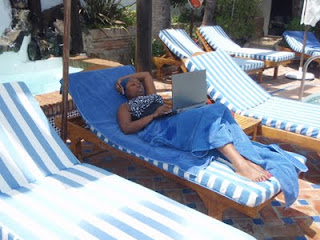 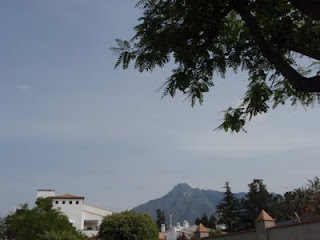