I actually spent a lot longer in Barbados, but as I’ve blogged about B’dos so many times (I go there every year) I’m concentrating on Dominica.
We arrived in Barbados to a mini flood, water everywhere. Our front garden (solid concrete) was flooded. But buy the next morning when we woke up – dry as a bone, no idea where the water had gone but it had.

I’ve eaten at Brown Sugar a few times but never tried the buffet (not a fan of buffets in UK); boy was that a mistake I could barely walk for a few hours after but the food was GOOD. Macaroni pie, lamb stew, flying fish, coleslaw, even the rice and peas which I’m not normally a fan of was amazing. And the bread pudding with rum sauce – a dessert I fell in love with on my first visit to Brown Sugar.
My first visit to trusty Miami Beach was disappointing. A wall of moss like I have never seen at this beach. The water itself was brown and murky and not even the locals were enjoying it that day.

My first flight on Liat was a lot less problematic than I had braced myself for. I’ve used Caribbean 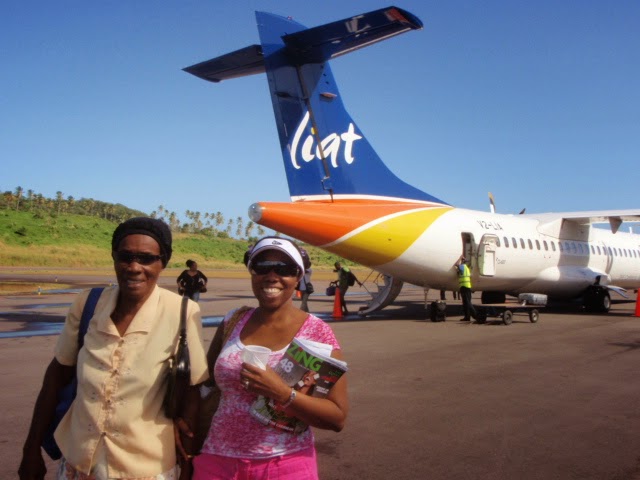 Airlines previously with no problems but they don’t fly to Dominica and stories of 8 hour long delays, lost baggage and people stranded in countries they weren’t even meant to be in didn’t fill me with confidence. So a 45 minute delay didn’t seem that bad. And even though I had booked a direct flight, they had amended the booking and added a stop in Antigua but thankfully, shortly after the pilot had departed he announced he’d decided that he fly to Dominica first!
The taxis were quoting us US $40  more than what we had been told it should cost so when a local guy (ex-taxis driver apparently) said he’d take us we went with him. Crusoe stopped along the way to point out certain local foods etc. – and to collect his daughter and take her along for the ride! 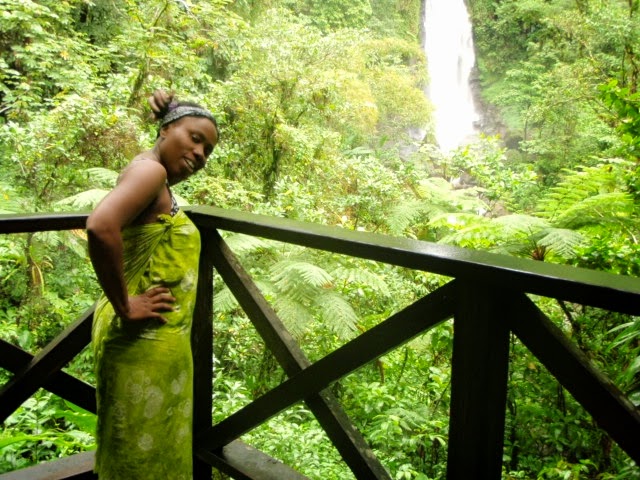 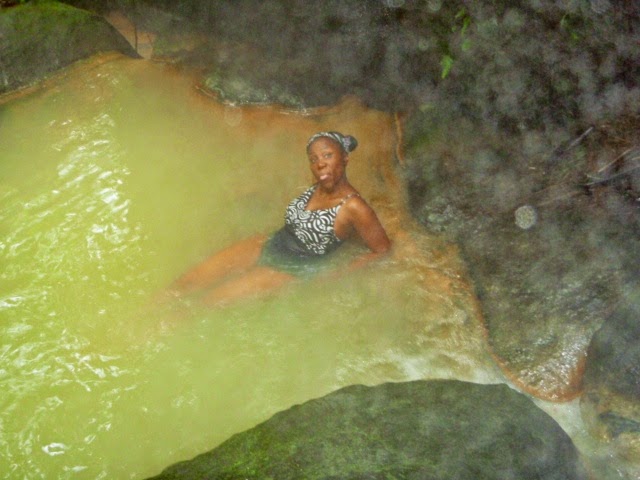 I had arranged an island trip with MySister Tours for the next day. She was prompt and took us to sites such as Emerald Pool, Trafalgar Falls and some other popular sites. 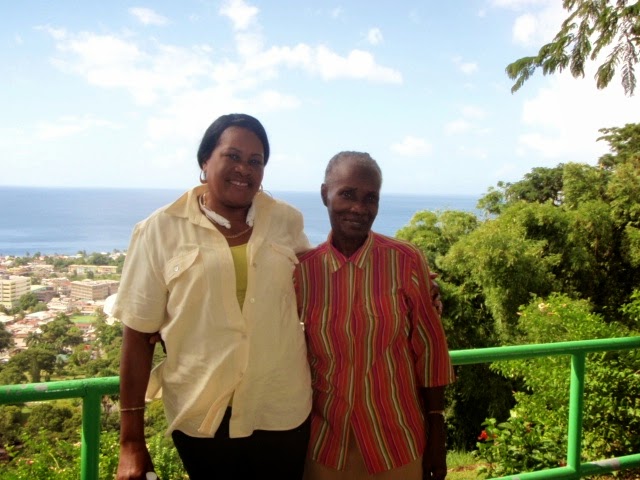 Would have liked to have learned a little more about the island during the tour but other than that, it was a nice day out. 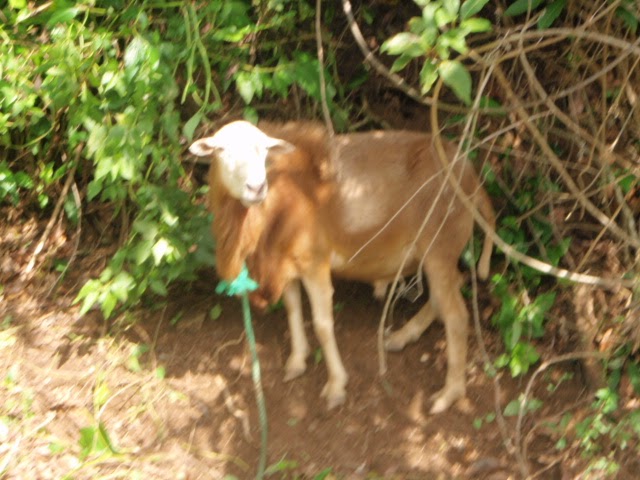 When you’re accustomed to white sandy beaches (like the one’s in Barbados) it takes getting used to the idea of black sand. 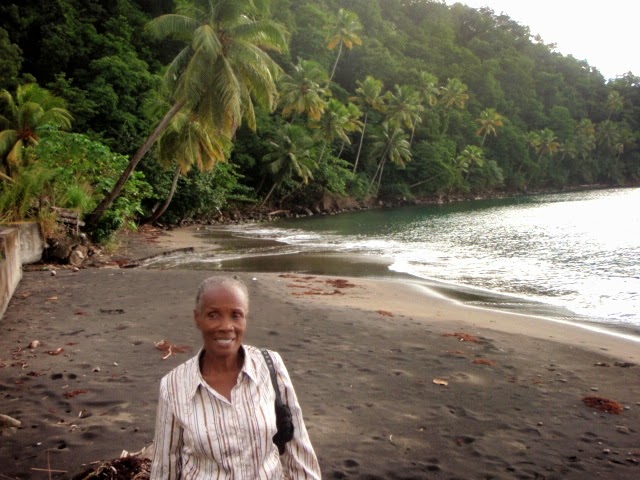 Day three was a drive up to Portsmouth and then to an area called Cottage. Dominica is very hilly and some of the bus drivers can go at speeds that…let’s just such if you’re faint hearted – beware! 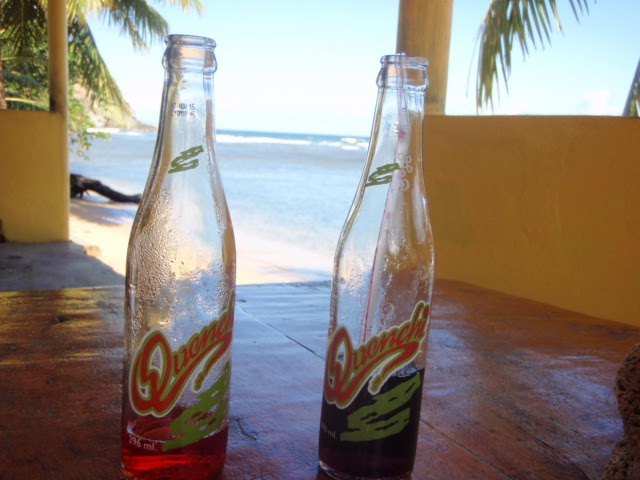 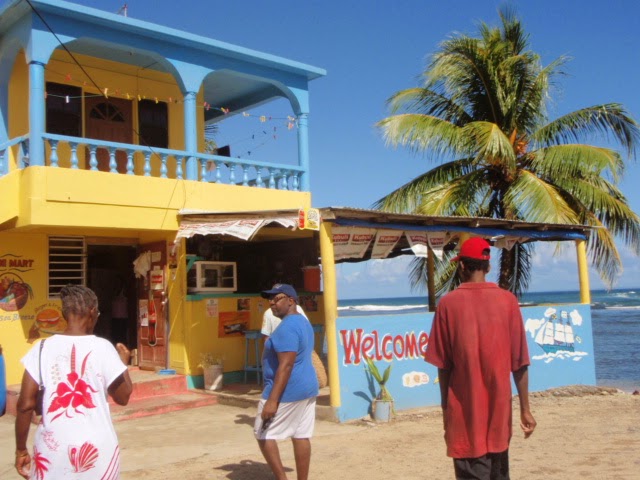 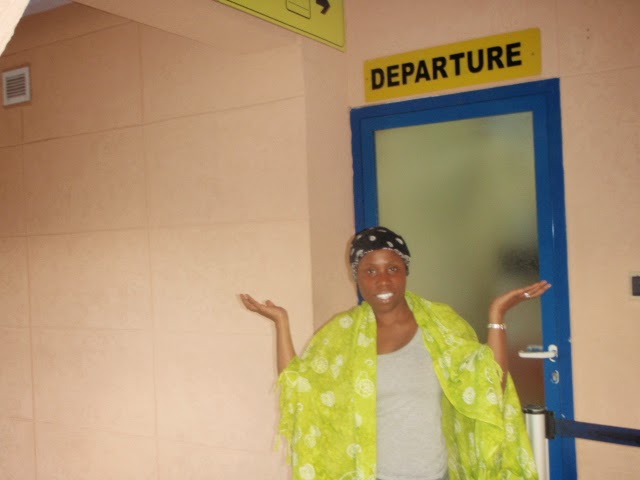 I guess someone wanted us t stay in Dominica longer than planned because there were no immigration offers at departure gate and so we were kept waiting over two hours! I wouldn't have minded but their were no gift shops or anything else at this miniature airport. 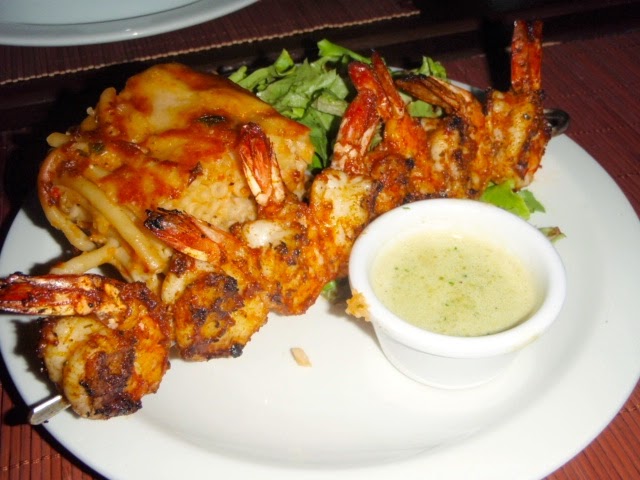 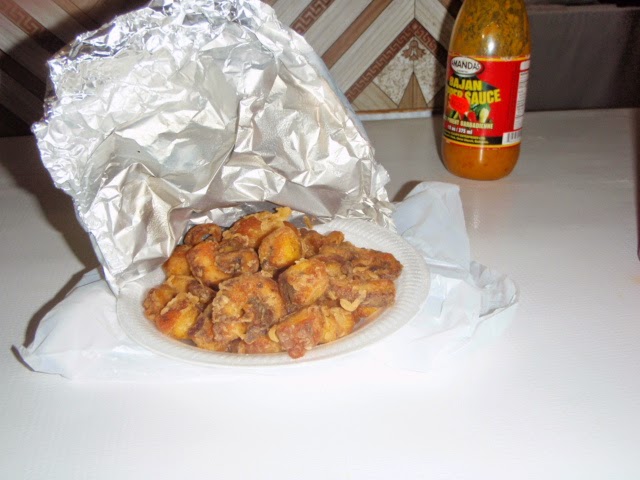 Back in Barbados I only had a few days to cram in the usual – friends, sea and food. Miami was still full on moss and disappointing so I abandoned it for the likes and Accra and a new found favourite, Browne’s, where the water so so crystal clear you could see the sand you were standing in.  So addicted was I to this beach that even on my last Sunday, I went straight there after church. 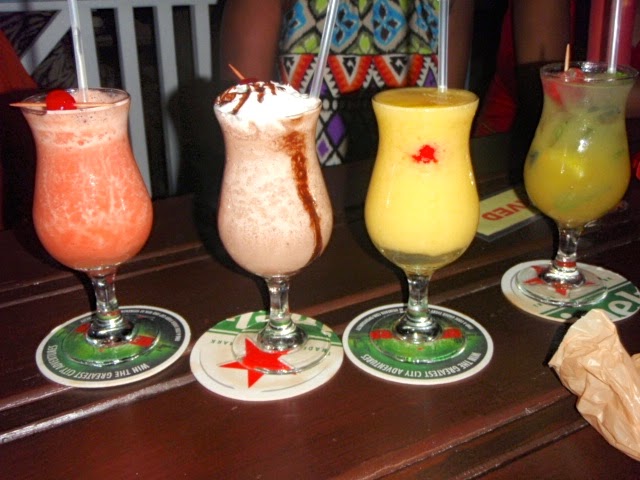 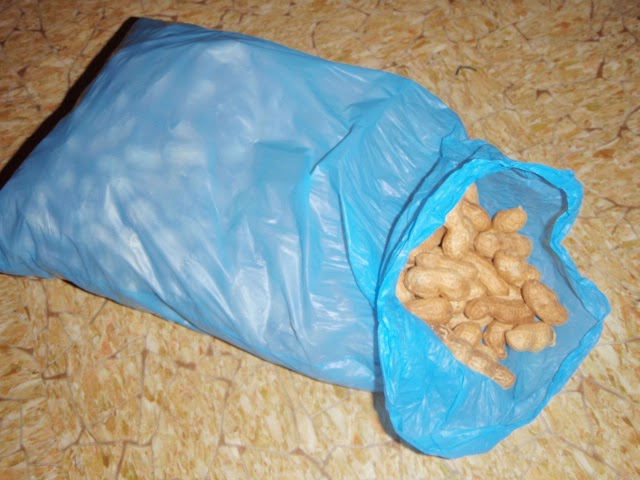 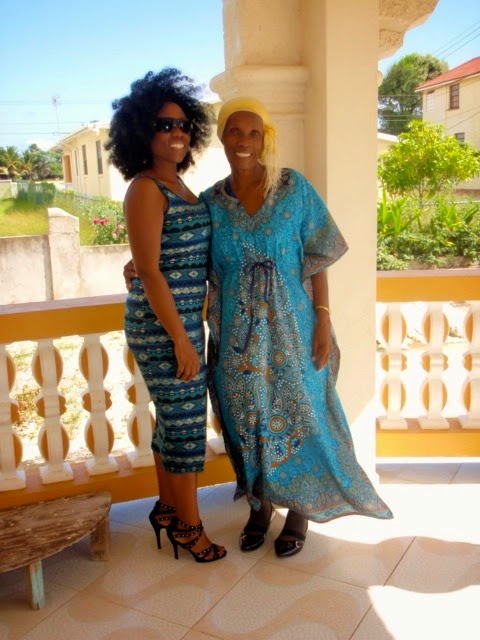 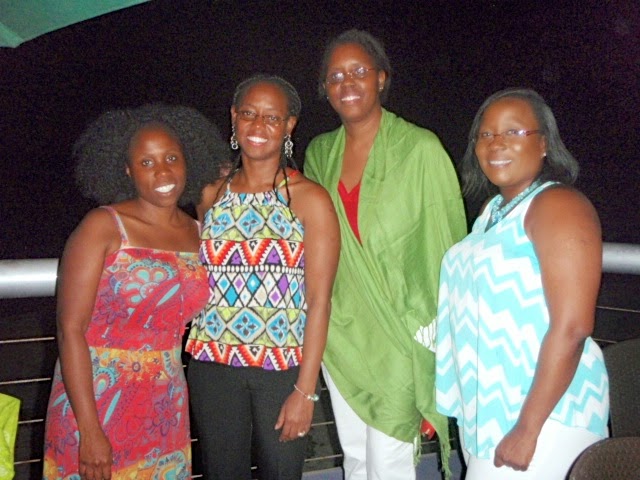 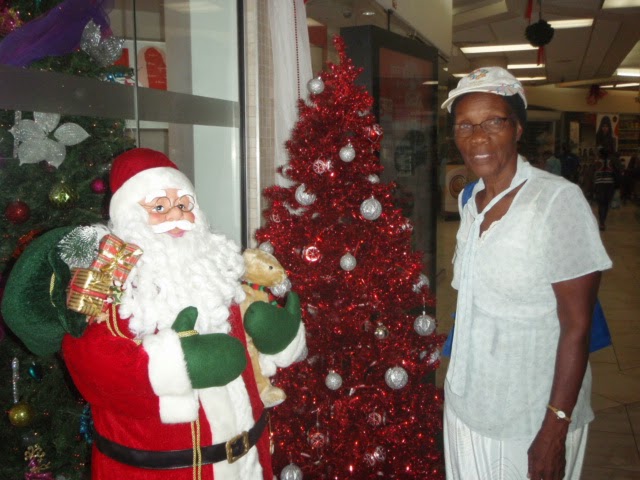 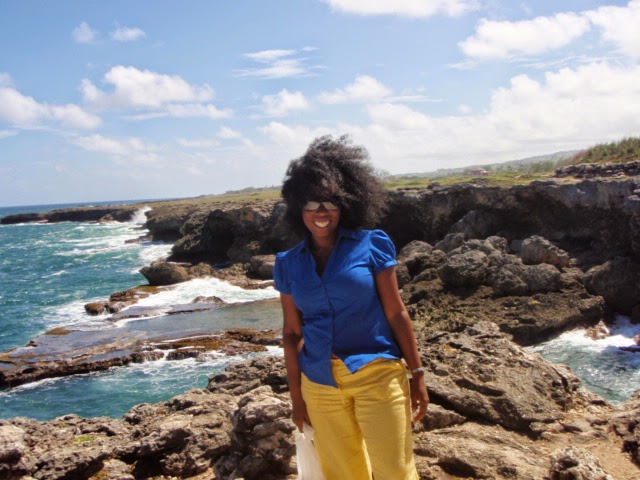 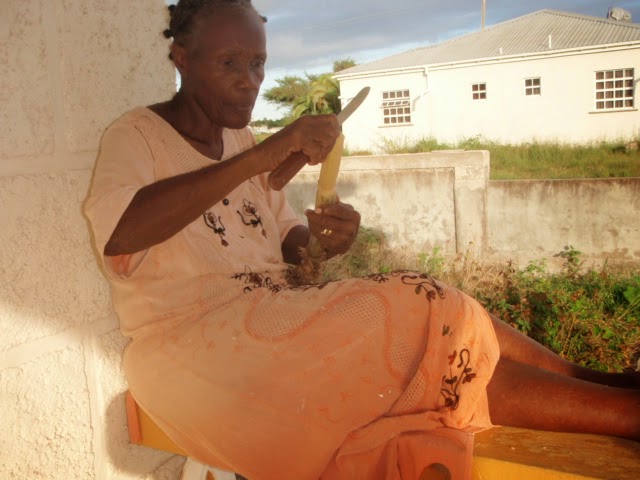 As always with Barbados, there comes a time when I have to say goodbye and I don’t want to. The flight being and hour and a half delayed gave me a little extra time on this beautiful isle but the saying is very true – alas all good things must come to an end. And as has become the custom, I shed a little tear as I walked through the departure gates