This year started off a little quiet travel wise. In Feb I found myself back in Barbados for ten days, three of which was spent at Turtle Beach Hotel. But there are only so many times I can blog about Barbados, as amazing as it is. Had a chance to visit the newly opened Sandals which is one to consider for my next trip to the island and I ventured out on the Atlantis Submarine which I haven't done in over 10 years. And apart from my sun allergy flaring up (and it was bad!) there was nothing new to write about on the Feb visit. 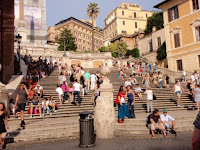 There are three places my mum has always wanted to visit, Israel, Hawaii and Rome and I thought her seventieth birthday would be the perfect opportunity. Selfishly Hawaii and Israel where the first two places I investigated but mum said the flight time to Hawaii was too long and she was uneasy with Isreal because of the unrest….so we ended up in Rome. Initially I was a little disappointed as I’ve been there before but, hey, it wasn’t about me. So I booked my mum a holiday in Rome for three nights and my sister and girlfriend came along too. 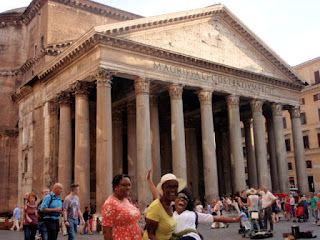 Our flight landed just after 10am and our outbound flight was scheduled to depart just after 9pm meaning we had four full days of exploration. 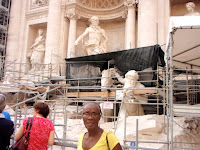 Our itinerary for day one was scuppered by the walking tour company we booked with as they messed up our reservation. However, being the ever resourceful traveller that I am, I soon grabbed a map of the city and directed my group to the likes of Pantheon, Spanish Steps and Trevi Fountain. The Trevi fountain was a huge disappointment as it was covered in scaffolding. Not so disappointing for me as I’d seen it six years ago in all it’s glory, but for the others. Still we managed a few photos. 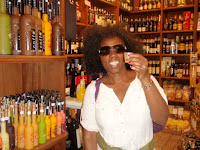 The great thing about do-it-yourself walking tours is that you can make unplanned stops and enjoy any extra offerings you happen across on route. Like this shop, Enotrevi, which had free samples on a range of fruit flavour liquors. Or you end up bumping into Prime Minister of Italy and his entourage. 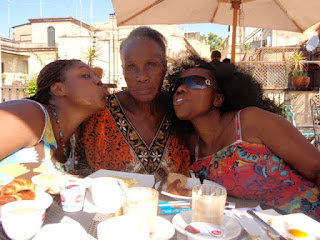 Day two was the day mum had been eagerly awaiting and indeed her entire reason for visiting Rome - Vatican Day.  We started the day with breakfast on the hotel’s balcony. Lovely views but a bit too hot for me, even so early in the morning. 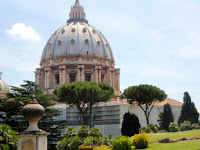 I prebooked our entry online so that we could skip the queue on arrival and would highly recommend this option, especially if you’re only in Rome for a few days. We opted for the garden bus tour and while I was under impressed with the gardens themselves, I was happy that we chosen the 45 minute bus tour and not walked around for 2 hours in the hot sun. The gardens are immaculately kept as you’d imagine but a huge lack of flowers in my opinion. 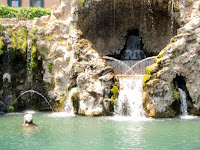 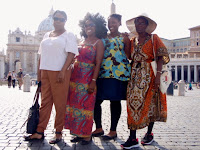 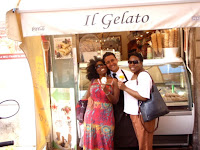 Next stop Vatican Museum. Second time round for me. The first time was with a tour guide again highly recommended to get as much as you can from the museum. Fact is that with or without a tour guide you’re unlikely to see everything the museum has to offer in one visit but the guide can show you the ‘best’ parts and explain what you’re seeing as you’re seeing it and how everything interlinks. But the girls wanted to do it without the guide. Seeing the Sistine Chapel again was great. The first time I saw it I remembered being underwhelmed as I had imagined it would be bigger that it was. This second time around it seemed even smaller than the first but the artwork on the ceiling was just as impressive. After a while of standing starring at the ceiling I felt a bit dizzy and was able to squeeze myself onto the bench at the side which allowed me to look up without cricking my neck so much. I tried to see how many of the bible stories I could regonise from the paintings depicted around me.
Our final stop was Saint Peter’s Basilica. On my last visit to Rome I had missed out because of the long queue but found a short cut this time. Here’s what I did.  After the Sistine Chapel, I exited chapel to the right. (It said group exit only but we were directed to take this exit. You can’t return audio guides here so if you have one you can’t exit here.) I followed the stairs all the way down, when I reached the bottom I was able to easily make my way into the basilica. The architecture was stunning and everything was on a huge scale. We all had very achy feet as it was the end of a very long day so didn’t stay long. 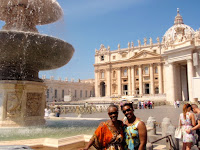 I love gelato and what better places to enjoy it than in the country of its origin so I purchased it every day, sometimes twice again. I stopped at a stall after we had finished our tour and received more than what I paid for when the gentleman who served me left his stall and came to give me a kiss! You got to love the warm affection of the Italian people. 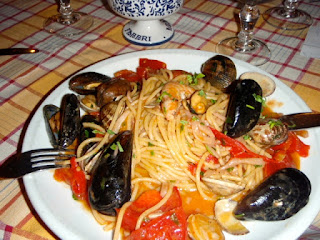 Dinner that night was at Tettarello Hostaria. Followed by geleto at another nearby establishment - minus the kiss. 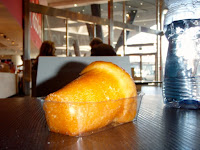 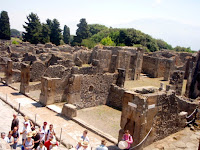 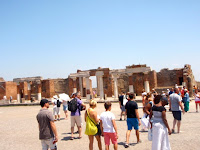 Day three was the day my sister had been looking forward to, Pompeii. A super early start to the day and the hotel were kind enough to start breakfast half hour earlier to accommodate us (the advantage sometimes of staying in a little boutique hotel; much better than the packed breakfasts that larger hotels usually offer). There was a lot of palaver with train delays and queueing to receive information in English as to what was happening but low and behold, we made it to Pompeii via Naples. 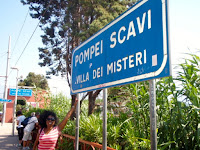 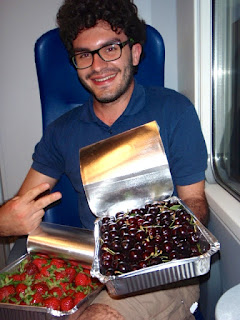 The ruins and the way they’ve been preserved are fascinating. Or should I say what little of the ruins I saw before my day was ruined - by four huge dogs! But I won’t start there. Didn’t pre-purchase tickets and there was virtually no queue. Hired an audio guide and had to leave my passport as a security deposit. Despite the information saying large bags weren’t permitted, there were countless people carrying around rucksacks. But it proved that that was not to be the only rule not adhered to. Their information clearly stated no dogs were allowed, which gave me a great sense of confidence to explore, but shouldn’t have. There were a few small dogs on leashes, not a problem and there was one lady with two huge rockewillers she seemed to be struggling to control. The real problem however came with what seemed to be four humungous stray dogs who were chasing and barking at several people. I saw this from a distance and did my best to avoid going near the commotion - as those of you who know me know my feelings about these four legged creatures. However, despite my best efforts and the efforts of mum, my sitter and my friend, the dogs still found their way to me. The short version of what happened next is thus - the rest of group held dogs back while I ‘calmly' walked away and as soon I was out of dog-sight legged it through the sizzling sun as fast as I could as the cobbles below painfully pervaded my Converse.  Eventually, in a state of panic I made it to the entrance. Once the others caught me up and I had calmed down, we made our way to management office where I politely demanded a refund for the misinformation printed in their booklet. 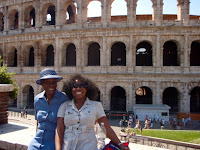 On the train back we met a lovely young man called Francesco who was on his way back form his girlfriend's parents’ farm in Naples. He had lots of fresh fruit and shared some delicious cherries with us.

A late night meal at Antica Trattoria, nice, but mum didn’t enjoy it as mum as the previous nights’ dinner. 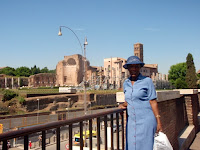 No one else was particularly interested in going to the Colosseum (big mistake) but as I had been previously, I didn’t labour the point too much, rather I suggested that we take a walk and view it by night. 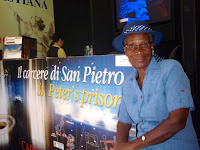 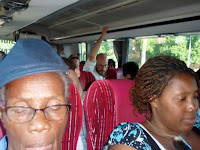 Day four, the last day, couldn’t have been anywhere near as adventurous as day three.  The heat and the constant walking had taken it’s toll on my feet (Converse are great shoes but prob not the best for hours and hours of walking). I told my swollen and pain filled feet that if they just got me though today, I’d rest them for the next couple of days. So a final walk around Rome with a visit to St Peter’s prison which I personally felt was lame and doubt very much was the location of where Peter had been imprisoned. And a stop at Da Giggetto Hostaria for my sister to sample some fried zucchini flower.

A flight delay meant the break didn’t end as smoothly as I’d have liked but
this was a really good return to Rome. 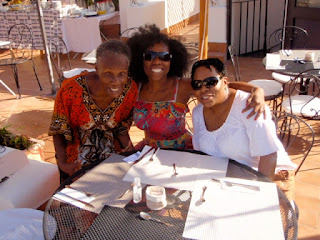 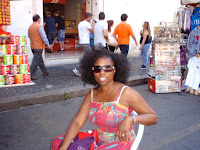 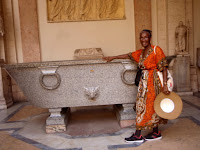 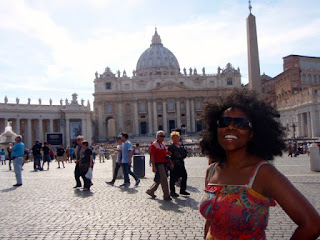 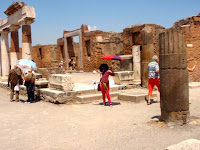 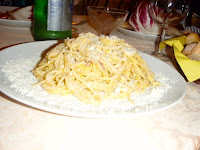 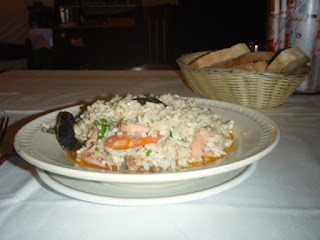