Throughout my holiday photos, there are many random snaps of brides on their wedding day. I often capture them from a distance while wondering what it would be like to attend a wedding abroad in a different culture. Well on this occasion, I wasn’t photographing from afar, I was snapping away from upfront as an invited guest!
I was invited as a plus one to a wedding with my sister, so finally got around to visiting Bulgaria after a previous aborted attempt.  I’m usually the one to do all the researching of hotels, booking of flights etc when on holiday so it was a refreshing change to be given an option of flight times and be told where I was staying. 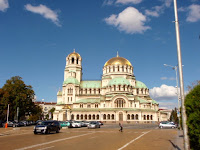 A 6am flight out and a 10pm return flight meant I had 4 full days to enjoy all Sofia (capital city) had to offer. 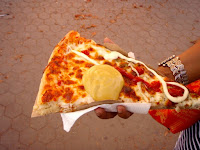 Getting to the hotel from the airport was easy peesy. Shuttle bus from Terminal one to Terminal 2 and then a short ride on the metro. Purchased a day pas for 4 Leva (less than a single bus journey in Manchester - still secretly spewing from a recent visit there where I paid £3.70 for a single journey). Used the metro to head back into the centre later on where I saw some of the sites and marvelled at the cobbled road filled with cars. The highlight of my first day had to be the Klek shop or squat shops as you literally have to squat next to a window at the side of the street, where the vendor comes to serve you. My favourite was the fresh juice shop where I purchased a 500ml bottle of freshly squeezed carrot juice for the equivalent of £1.25 - never in London! 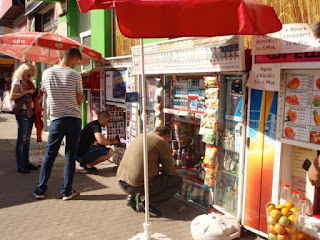 Then there was the guy emerging from his squat shop with an enormous pizza which he took to the nearby cart and sliced up. The queuing crowd descend on it like vultures and within a couple of minutes, every slice had been sold. I watched in bewilderment as locals squeezed lavish helpings of ketchup, mustard and mayonnaise on their pizza - why?!
Day 2 was the wedding day and I throughly enjoyed every moment. The wedding ceremony was in Bulgarian with a screen translating into English. I’m a fan of multicultural couples and am always intrigued when 2 people from differing backgrounds unite. As the groom (black British) said ‘da’ (yes) to the vows being read and recited his in Bulgarian to his bride, I marvelled at his confidence in agreeing to something in a strange tongue. 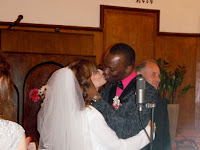 Temperature on the previous day had soared at just under 24 degrees but today it had plummeted to around 17 and the rain set in. Still it didn’t dampen spirits. The reception contained several Bulgarian traditions like the mother of the bride (in this instance) welcoming the newlyweds by feeding them bread. The first piece was salty bread, representing difficulties that will arise in marriage and the second piece was dipped in honey as a reminder of the delights they’ll share. And the delightful kicking of the bucket containing flowers to determine the sex of the first child. 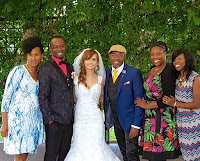 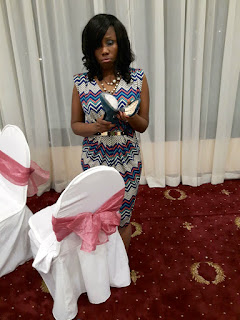 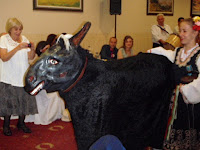 As for the meal I totally lost count of the courses. Four, five or possibly six. I know it started with a salad - which I thought was for the table to share so was surprised when everyone was given their own, individual plate. Then there was some tiny cheese ball things that were shared around but turns out that wasn’t an official course but rather a gift one of the guest had brought to be shared. Then came the official cheese ball - 3 very large balls stuffed with bits of bacon - very strong taste. By the time my main course of pork chops and mash arrived I was almost as stuffed as the cheese balls. Thankfully there was a break before the dessert - a slice of wedding cake that could have fed five - arrived. 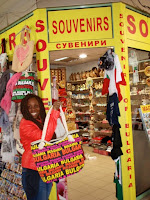 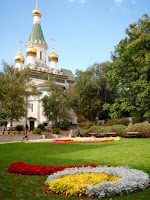 There was a game of musical chairs which helped to burn
off the calories and once the dance floor opened - well, let’s just say I danced until my shoe broke; then I kicked them off and continued right on dancing. 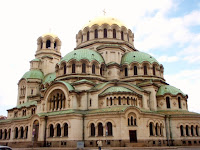 I was up bright and early on day 3, ready for the guided mountain tour I had spoken to others about the night before. But alas I was left hanging, so after a quick work out in the gym and breakfast I headed for a little wonder to the shopping mall.  Dinner that night was at Chevermeto a traditional Bulgarian restaurant with folk singing and dancing (including audience participation). Neither the food nor the entertainment was as good as the previous evenings’ and to top it off, I woke up at 2am with the runs. 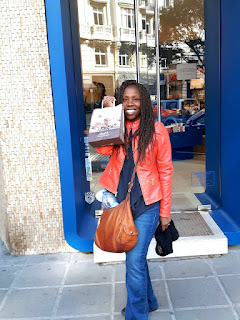 The final day I explored the city in more depth than I had on day one. Alexander Nevsky Cathedral, Saint Nikolay Russian Church, the Rotunda of St George and the Presidency Building, were amongst the stops I made. But my favourite stop that day had to be the Lindt Chocolate shop where I stocked up on both new and old favourite flavours.

I was pleased I could get my haggle on in a gift shop and got my Bulgaria travel bag reduced form £20 to £10 and then checked out the recommended restaurant chain Happy where I enjoyed a surprising lovely squid salad and a jug of elderflower lemonade.  By the time I headed to the airport that evening, I was impressed with my first visit Sofia. 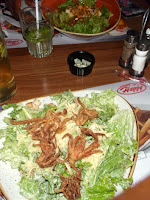 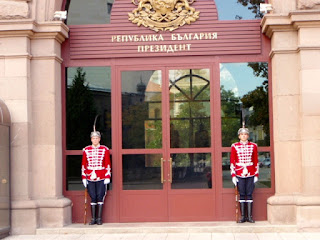 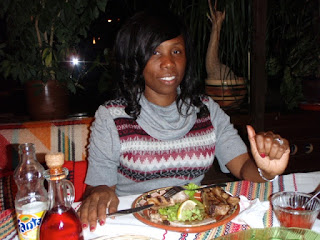 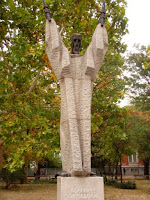 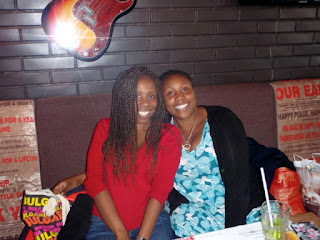