Last year I read an article about a 27 year old who had visited over 190 sovereign states. I was like ‘dude, this chick is a decade younger than me and has visited almost 4 times the countries I have! Next year I’m travelling somewhere every month.’  No idea if I will be able to accomplish it but I’m going to give it my best shot.  Lapland in January was a great place to start. 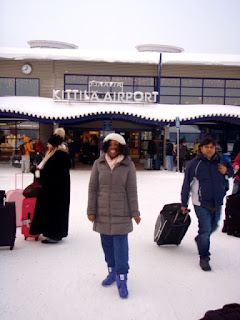 Sometimes who you go on holiday with - is just as crucial as where you go. Definitely the case on this trip to the real life Winter Wonderland! (I will never look at the Hyde Park equivalent the same). Who else would happily fight their way through 2 foot of snow - when there was a perfectly clear (but no way near as much fun to walk) path? Or go from a relaxing, warm massage, into minus degree snow to toboggan? Yes, I was happy my friend Roxane was content to indulge my crazy doings on this trip.

Lapland is the most northern region in Finland, bordering with Norway, Sweden and Russia. Interestingly enough, it only has 3% of the country’s population despite taking up more than 30% of its landscape.
My aim for this trip was to enjoy some snow activities and see the Aurora Borealis as I had been disappointed on my Iceland trip in 2015. Well, sad to say, disappointment reared it’s ugly head again. But I did get to play a lot in the snow. 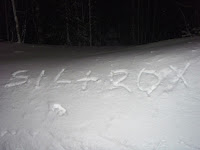 The holiday was packaged up by Monarch who I hadn’t flown with prior nor was I even aware they did holidays. I was grateful for the email I received from the rep with some little tips prior to my departure. I remember her describing the powder like snow that didn’t melt and thinking ‘yeah right', til on arrival I tried making a snowball and ending up throwing ‘dust’. I was also amazed at how sparkly the snow was; almost as though someone had poured a huge load of silver glitter over it. Breathtaking! I’ve done my share of snowy holidays and indeed grew up in Manchester in the eighties when months of thick snow wasn’t unheard of, but nothing like like this. Anyway, there’s only so much you want to read about snow right? 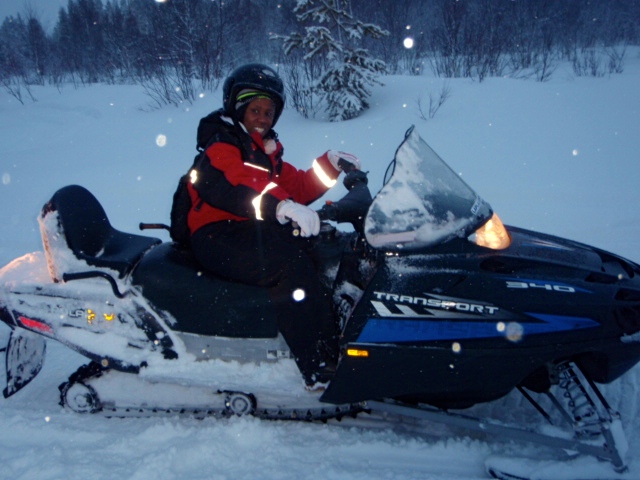 My first adventure was driving a snowmobile, which was also good fun. A little tricky to gage the gas at first but great once it got going. I didn’t get too adventurous on it though as I could hear the stern waning of the instructor about the amount of money we’d have to pay if any damage was done due to reckless driving. 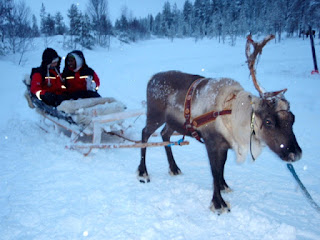 No visit to Lapland would be complete without a husky sleigh ride and I’ve thought this for years. But with the tiny problem of my dog issue, I never thought it possible.  Even as I queued and heard the dogs barking my heard was pounding. But thrilled to report I conquered. I didn’t have to come into physical contact with he 12 huskies racing ahead of the sleigh and I was so captivated by the beauty of the pristine snow surrounding me that I didn’t worry (overly too much) about the beasts pulling me along. 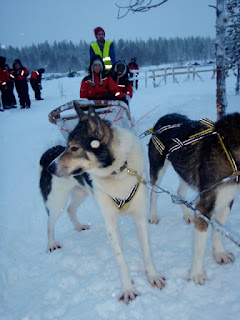 There was the reindeer sleigh ride - and my heart was a lot calmer than on the huskies.  The snow shoe walking was mildly boring. But once I’d removed the shoes things livened up. I found the deepest snow patch I could and thought ‘hmm, let me see how far down my foot goes’.  Just past my knee was the answer - and then the same happened to the other leg. So trying to press my weight on my hands to stand was not the brightest idea… I think you get the picture! But oh what fun it was. 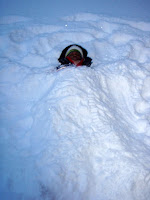 Being buried in the snow seemed like a good idea at the time - all I can say id praise God for snow suits.

Finally had the chance to visit the ice hotel situated in the Snow Village which goes up in a matter of weeks then is left to melt away slowly over the warmer months. The tiny bedrooms were all made of ice and so were the beds but they had proper mattresses. Guest slept in sleeping bags with their clothes on and needless to say there was no ensuite.  It even houses an ice chapel and restaurant. There was a wedding taking place and needless to say the bride was wearing a coat. I was tempted to spend a night but my travel partner said a firm no - so that was that.

So, a great time in the snow but yet again no Northern Lights so I guess the hunt continues…maybe Norway toward the end of the year? 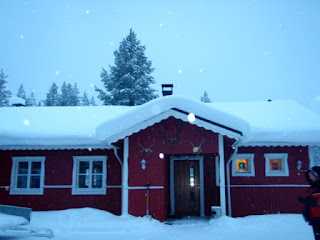 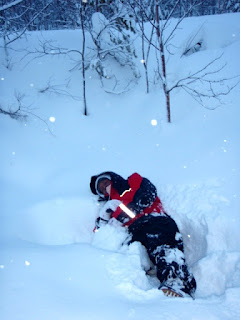 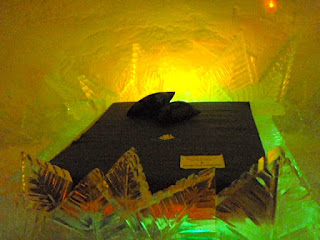 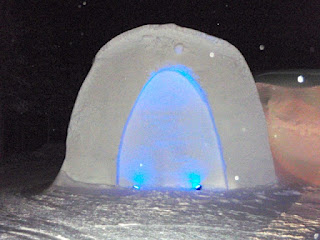 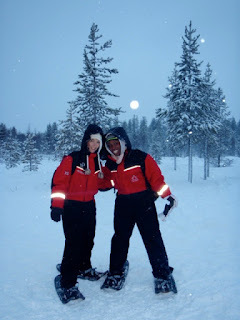 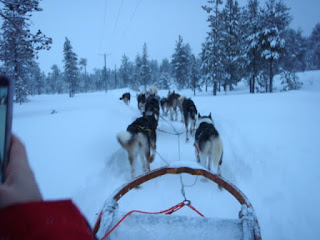 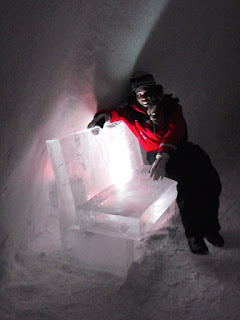