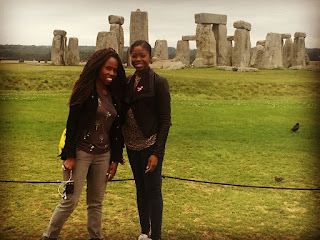 When I said I was travelling somewhere every month this year, I had assumed it had to be mean jumping on a plane. But when my travel partner to Berlin procrastinated just a little to long, I thought it would be the perfect opportunity to explore places right here in the UK I always wanted to but never got around to. Funny how I found the time to get to the likes of Australia and almost every country in Asia but never places like the Cotswolds and Lake District which have long been on my ‘must see at some point’ list.

When I asked my friend if she’d be interested in doing Stonehenge she replied ‘I’ve never been, I always thought that place was demonic.’ I had a feeling I knew where she was going but non the less I asked why. Turns out she had heard about some kind of ritual that took place there but wasn’t sure what it was. I knew about the Summer Solstice activities which take place annually but the stones themselves never struck me as demonic. Nor did a quick Google search bring up anything - so I chose a hotel and off I went. 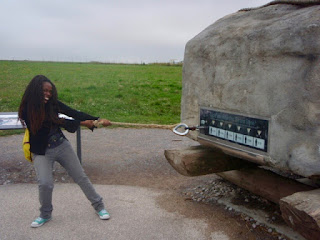 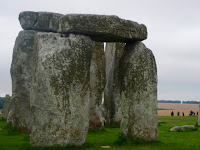 I pre-booked tickets on line,  collected my friend in North London and despite some traffic, arrived half hour before our time slot. Well of course the great British weather wasn’t going to play ball. Still I wasn’t complaining. Despite it being extremely overcast with clouds that threatened rain at any moment, it didn’t come. And to be honest, I found it preferable to the scorching heat we been experiencing in previous weeks. In the absence of clouds, I would have explored the museum before heading to the stones but just incase the rain did come, I thought it preferable to do the stones first. Ticket entry price includes a bus ride to the stones. I didn’t realise the drive was so short and I could have easily walked. The audio guide gives a history of the stones but, dating back more than 4,500 years, there are many unanswered questioned and there are varying thoughts as to what exactly the stones were used for. I had a panoramic view of sarsens, bluestones, trilithons … but there’s more to Stonehenge then just the stones. I also learnt about Aubrey Holes and Barrows. 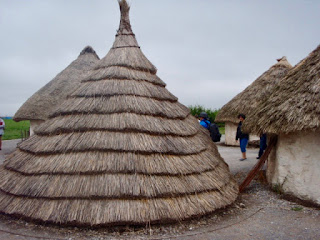 Stonehenge was one of the very first sites in the UK to be inscribed on the UNESCO World Heritage List and celebrated it’s 30th year on the list last year. I marvelled as I tried to picture these stones being erected without the use of cranes and other modern transport technologies.   After the stones, I walked the 25 minute journey back and after exploring the Neolithic Houses I visited the museum and exhibition. 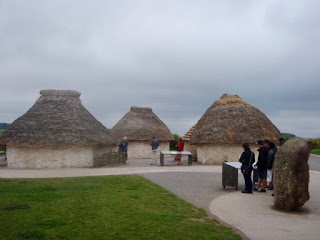 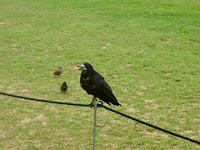 Day one was Stonehenge, day two was Windsor. Arrived early evening and took a leisurely walk to the town centre. We walked past the Long Walk, a beautiful gravelled walkway lined by perfectly manicured lawn and trees on either side and the castle in the distance at the end. My first thought was how lovely it would be to walk along it, followed quickly by the impending danger from the dogs being walked on the grass on either side. More on that later. Dinner that evening was at a fusion Indian restaurant. I ate without guilt as I knew the calories would be half burnt on the forty minute walk back to the hotel.

Rain threatened the next morning. We explored the town centre.  Quality high-street store, nestled amongst upmarket brands and small vintage shops. There were also several souvenier shops. I wanted to purchase a souvenir saying Windsor, but they all said London which I found mildly amusing.
Just as the heavens opened up, we made our way to the castle. 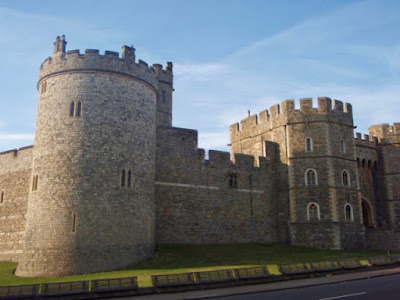 Windsor Castle, a residence of the British Royal Family was built by William The Conqueror in the 11th century. I had visited Windsor a few years ago when taking some kids to Legoland, but that was all I had seen of it. So I was once again amazed at yet another beauty, literally on my doorstep that I had ignored all these years. 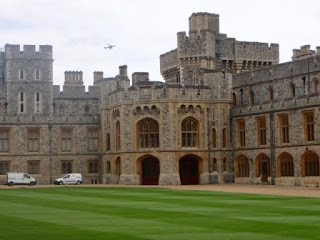 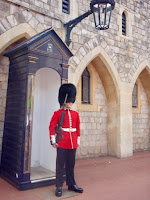 A warden presented a thirty minute tour of the precinct which was great for background and orientation. I went on to take in the State Apartments, Semi Star Rooms, Queen Mary’s Dolls’ House and finished off in St George’s Chapel. Before leaving, I took a nosey at the residence of some of the people who actually live at the castle.  It was a very full, very long day and my head was bursting with information by the time I left but it was worth it. 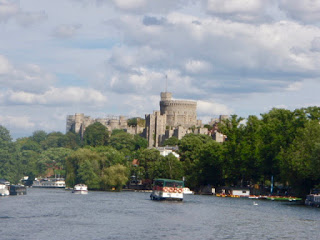 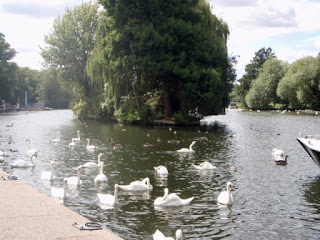 The day wasn’t over yet. The sun poked it’s head again and I decided we shouldn’t leave without a river boat tour. As we cruised along we took in views of Windsor Castle, Eton College, Mill House, Windsor Racecourse and Brocas Meadows, all the way to the Boveney Lock and Weir. The view of the castle from the river was particularly stunning. 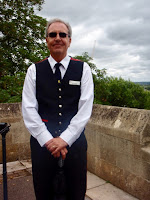 There always seems to be an interesting dog tale on my travels. From legging it out of Pompeii, dashing across a busy dual carriage way in Barcelona or escaping from a cave in Halong Bay. Windsor was no different. It occurred when I decided to brave the scenic, Long Walk and involved a beautiful grey pug with a cute pink bow around its neck, me shouting frantically at the owner to call it back, my friend (who isn’t scared of dogs) running and it standing yards away from me starring me in the eye almost begging me to stroke it. When the situation ended and my heart rate returned to normal, I was able to make it back to the car for the drive home.
The great thing about the castle visit is that you ticket is stamped on the way out, validating it for an entire year's visit.

So that was July’s travels. And as I enjoyed this unexpected UK break so much I decided that next month had to be the main place in the England I’d always wanted to visit - The Lake District. 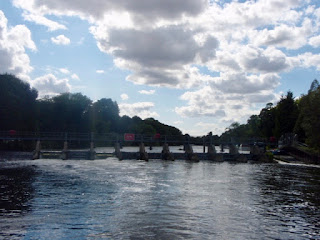 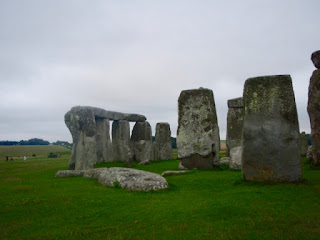 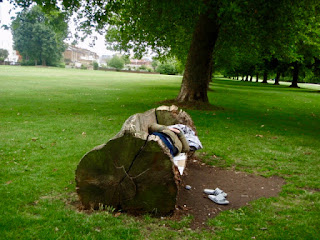 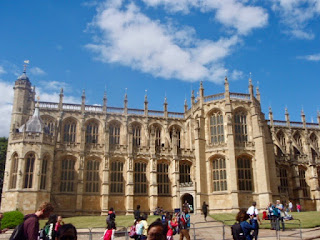 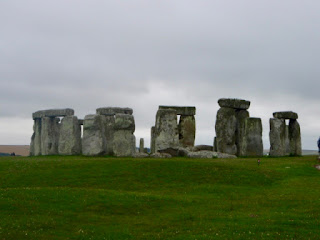 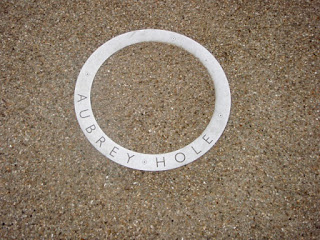 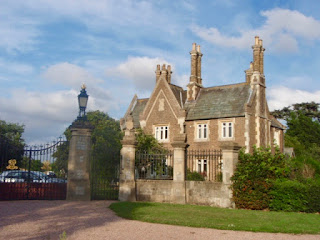 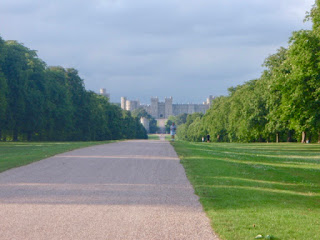 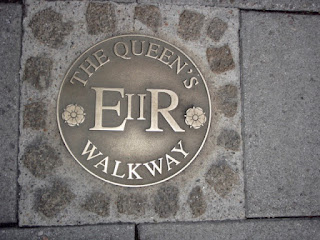 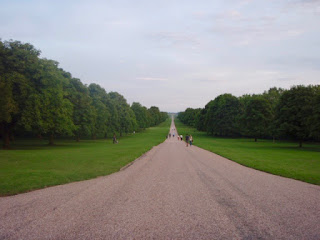 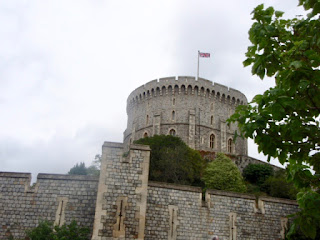 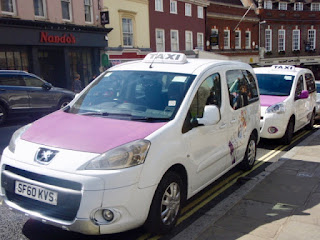 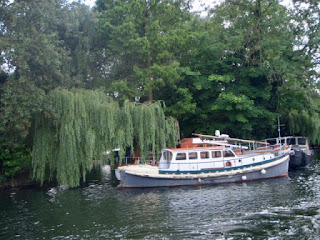 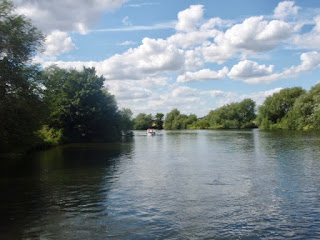 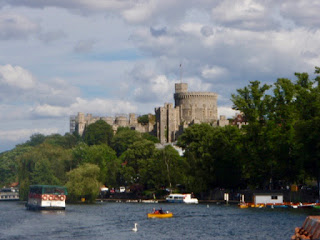