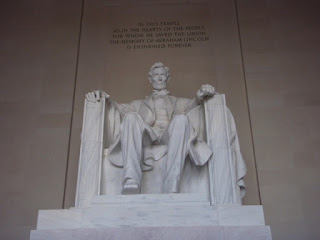 So once again I’ve fallen behind on my blog. But happy to say I did my 12 travels in a year as I had set out - back in 2017. The last  place to write about is America.

It was a fairly late decision to fly over and spend Christmas in Atlanta with the in-laws. But as I’ve done Atlanta and the US so many times I decided that my next trip had to take me to a state I hadn’t yet visited. Which better than the capital. So it was a week in Georgia and then Washington to see in the New Year.
I don’t think I can say much more about Atlanta than I’ve said before. The highlight of this trip was ‘drone chasing’ which saw a car full of us chase what we believed to be our nephews drone which had gone astray for almost an hour before reading it only had 10 minutes of battery life! So who's drone had we been chasing?... This was followed by the car the breaking down and hence we got to the cinema to watch The Greatest Showman late. The drone was subsequently found in the neighbours garden the following morning. A talking point for years to come. 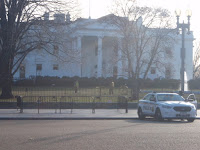 This was my first visit to the capital of the United States. I always thought my first visit Washington DC would include a tour to the white house. I contacted them as soon as I had booked my flights as visits have to be pre-arranged, but was informed they’d be closed between Christmas and the New Year. Still I was able to take photos from the outside. From the outside it looked rather unimpressive and not all how it’s made to look in feature films. 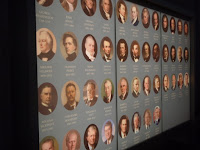 What I did enjoy was the visitors centre. It had an easy to manoeuvre layout. There’s a wall showing all the presidents, many of which I hadn’t heard of so found it very informative. Some insights into the white house - what some past presidents like to eat, items of furniture and even letters that have been sent to the white house. There was also a video looking at past presidents and first ladies.

Lincoln memorial was just as is seen on TV It was a bit of a trek from station and it was bitterly freezing but I just had to visit this memorial before. It looked just like it did on Planet of The Apes and many other films :) Quite a few steps to walk up and I can't remember seeing any disable access. There was a small museum type area downstairs towards the left of the statue but didn't have time to check it out.  The war memorial and the reflection pool are worth a look as well. The pool was frozen solid on my visit though.

Another surprising find was the library of congress  This is an absolutely beautiful building inside and out. Wasn't on our list of places to visits but found ourselves in here anyway. Like many other attractions in Washington entry is free. There's a bag screening process which can take a while if there's lots of people but worth it. Didn't spend as long as I would have like. The queue for looking down into the reading room was too long and I wasn't able to wait as I wanted to get to Supreme Court before it closed. But downstairs you can actually peer through a glass and see into it. Amazing. Great layout and I enjoyed all the rooms I visited. Lovely ceiling. 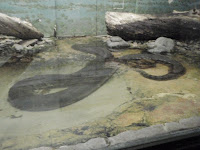 I also enjoyed travelling on the Washington underground. Clean trains and an easy to navigate system. Most of my journeys were $2 and a few were $2.25 - very cheap compared to London. You purchase a $2 smart card and just top it up on one of the machines as you go. There’s no refund at the end though so work out how many trips you need, and if you underestimate it it’s very easy to top up. The escalators into and out of the stations are very very long. 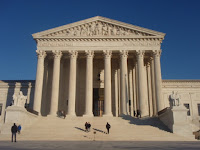 Surprisingly I also wound up at the zoo. I wouldn’t normally schedule a trip to zoo on such a crammed itinerary but it was a) a smithonian b) lit up with Christmas lights c)open long after all museums had shut for the day. It was a bitter cold night. Purchased a cup of hot chocolate to warm and was swiftly reminded I don't like American hot chocolate.  I popped into opened animal huts to escape the cold and came eye to eye with a huge anaconda. 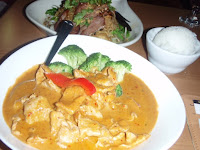 Had the most wonderful panang curry across the road from hotel.

The space and science museum was also good.

Washington monument can be seen from many parts of the city and looks impressive as you get closer. Couldn't get too close because it was closed and you couldn't go beyond a particular point. Would be interested in returning one day and going to top. 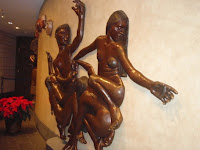 US Capitol Booked an 11am reservation. Due to size of queue and security checks we got to the desk at 11.04am. Allow at least half hour for queuing and bag check. We only allowed 20. You can't take any food or drinks in with you. Even though we had missed our slot they put us in the 11.10am slot so we didn't have to wait long. You're given a sticker with your tour time and told to wear it at all times. Tour starts with a video presentation in a large cinema room. Our tour guide was great. After the tour we got tickets (free) for House of Representatives and The Senate. Make sure you visit both while there.
New Years eve. Well the initial plan was to go to a spectacular fire work display in neighbouring Maryland. There was a whole day event with lots of activities taking place and I'd planned to go early evening. But the weather was so bitterly cold (as i've mentioned!) - and I’m no prude when it comes to cold climates but I wasn’t prepared for just how freezing it would be. So after breakfast at a nearby diner and I went to church across the road from the hotel and then headed to the African American museum. 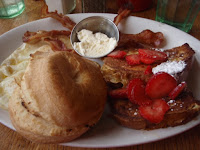 The African American Museum was amazing. I can’t really go into detail about it - you just need to go! I went online one morning to secure entry pass but by 6.50am they had all gone. So the next morning  I was up and logged on from 6.20am waiting to hit the button at 6.30 and thankfully got 2 tickets for the time we wanted. Start from the bottom, which takes you through the slave trade etc up to the top which looks at black celebrities. Spent 4 hours and saw the vast majority but would have liked more time. You can’t take food in and they do a bag check but there’s a cafe (didn’t use it). 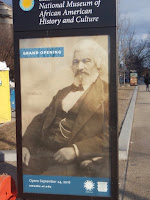 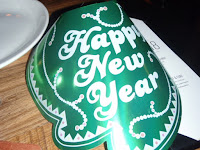 We were warm and comfortable back in the hotel room but I was adamant we weren’t going to see in the near year on the tv screen. Our hotel had a huge glass which was expensive and sold out. We took a walk into the town centre on the look out for a lively restaurant. We found one and saw the new year in with fancy burgers and a free glass of prosecco that was brought around to everyone.