Out and about on my very own doorstep

A shocking realisation overcame me one day as I was loading some picture from Tokyo onto my facebook account. I had done city tours, Toronto, Singapore, Sydney, Rome, Bangkok, Beijing… and the list goes on and on. Yet I had never even thought to explore the city right on my own doorstep – London.
I remembered last year that I did a city tour in Prague by a company who also offered tours in Berlin, Jerusalem and yes, London. So I Googled them, got the tour times, convinced my husband and friend to join me and set a date and off we went. 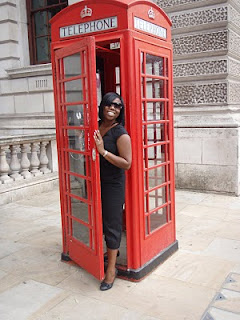 Guided tour
First embarrassing moment occurred when neither I nor my friend who had lived in London all her life (I can be excused as I hail from the North) knew where, or what, the Wellington Arch was. Tour started at 11a.m. on a Saturday. Our tour guide, Nathan, was the most energetic tour guide I have ever met. He jumped up and down continually during the 2.5 hour tour and he waved his arms around fervently as he spoke at about 3 dozen words per second. Whether he had downed several cans of Red Bull before the start, was still buzzing from whatever he did the night before, or was just naturally that hyper, remains a mystery. But just watching him skip around as he pointed out some of London’s famous historic sites was making me tired. 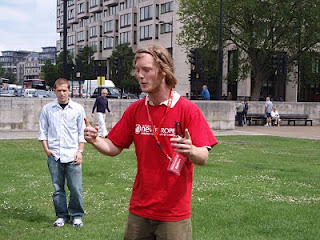 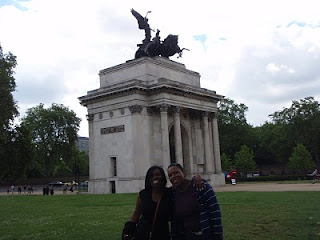 It was a coincidence that we had picked the Queen’s birthday for our tour. For my non UK followers, the Queen actual birthday is in April but, because of the typical British weather, it is celebrated in June (normally 1st or 2nd Saturday). Please note that although June is our ‘summer time’ it does not guarantee good whether … nor does July or August for that matter. Anyway, my point is it was the Queen’s birthday and London was heaving! So much so our tour had to take a slightly different route and end a bit early. None the less, I did learn some interesting facts, not least amongst them that the pigeons in Trafalgar square were reduced not by culling – but by being fed the contraceptive pill! Yes, we drug our pigeons to stop them breeding. I also learned that after being killed during the Battle of Trafalgar, Admiral Nelson was put into a large barrel of brandy to preserve his body during the voyage back to England. However, this didn’t stop the shipmen from drinking the whisky and that’s apparently where the term ‘a stiff one’ comes from. And if you’ve ever wondered exactly what the term hung, quartered and drawn means … I’m the lady to explain it. I am sure my new found knowledge will come in particular handy for those trivia games. 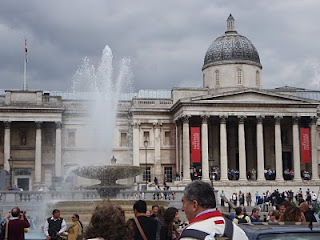 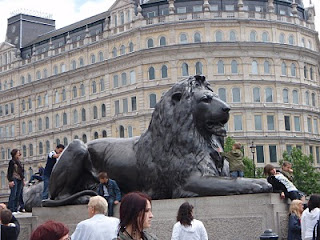 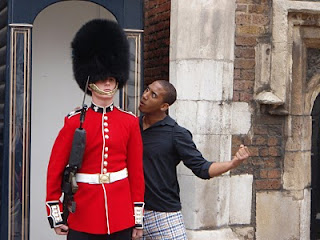 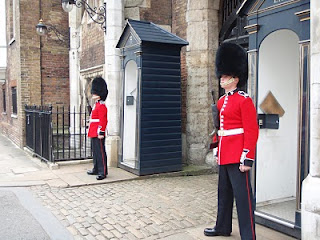 I was also fortunate enough to see the Red Arrows in flight (the aerobatics display team of the Royal Air Force). 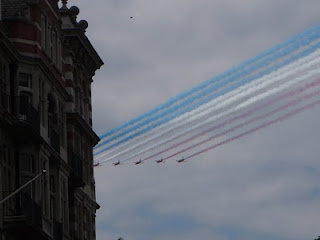 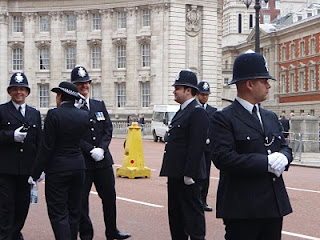 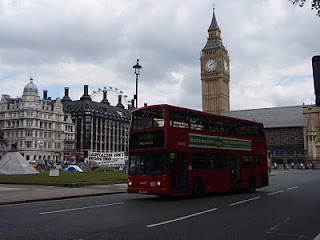 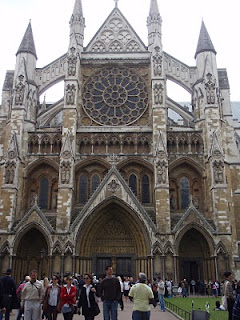 Wax Museum
After the morning tour, I decided to visit Madam Tussausds – or should I say the decision was made for me by my husband who was anxious to see the Marvel 4D show. I hadn’t visited the wax museum for over 15 years but still find it difficult to understand why anyone would want to look at a statue of a famous person? There was a new found excitement in my husband that afternoon as he had his picture taken with the likes of Steven Gerrad, Jimmy Hendrix and,Patrick Strewart. Personally I was not impressed and I can think of better ways to spend my money in the city but hey – each to their own. The only wax work figure that I looked at and thought ‘hmmm, that’s actually good,’ was one of actress Helen Mirren. The 4D Marvel Experience I must admit was worth the time. I am by no means what you would describe as a fan of Spider Man or any of his mates (though I do think there’s a particular cuteness to the big, green, musclely Hulk) but the short video and effects was entertaining enough. 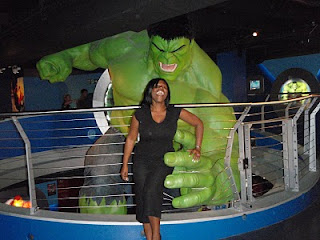 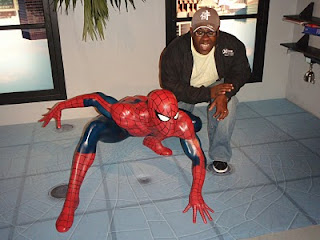 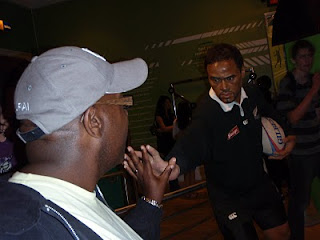 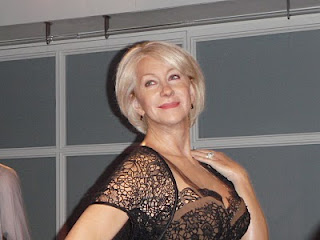 Bit of a fright
Next on my list of ‘things to see and do’ in the city was The London Dungeons, which I visited a few weeks ago with my sister. This I enjoyed far more than Madam Tussauds but I won’t give the game away – go see for yourself. The ‘tour’ took about an hour and a half and if you just throw yourself in whole heartedly and go for it, you’ll have a great time.
Then there was the London Eye. Not being a fan of heights I had to take a few deep breaths before stepping onto my flight pod. Unfortunately the early evening we decided to visit The Eye turned out to be slightly cloudy. But this didn’t hinder our viewing pleasure. It really is fun taking in the panoramic view and pointing excitedly at all the points of interest and landmarks you recognise. Disappointed that I couldn’t see my house though.

Spoilt for choice
There’s an endless host of sights and activities to keep you occupied in this city. But my favourite of them all – eating. By far my favourite city in the world for choice and variety (though New York is an extremely close second). You can an entire week, or longer, never sampling the same cuisine twice. And many of the restaurants have authentic chiefs whipping you up culinary delights from their homeland. From popular Indian, Chinese and Thai restaurants, to Turkish, Greek, Caribbean, African, Lebanese, Cuban … you name it and I guarantee it can be found somewhere in London. Speaking of food (one of my favourite topics) a couple of friends and I are slowly eating our way through the famous Brick Lane (street a curry houses). Rather than make a list of my many favourite restaurants, I’ll allow you to email me for personal recommendations. Oh, and I can probably help with some ideas on which hotels are worth it and which you may want to stay clear off!

But enough about London. I need to research what there is to do in Brussels (other than eat fine chocolate) because I'm off there next week.
Posted by Silvano-on-th-go at 04:24