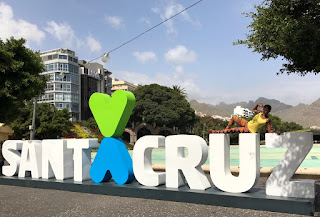 I’m not sure when the last time was I booked a holiday less than a week before I travelled. First was the slight resentment at paying three times the price for flights had I booked a few weeks earlier and then second was the uneasy feeling of being slightly unprepared. Thankfully it was only Tenerife so there wasn’t masses of research to do and there was the slight comfort that if I missed anything crucial I could always pop over again at some point.
My trusty Tripadvisor peeps came through with various suggestions and niece Shay (travel partner) had a few ideas as well.
Jumped on a bus right outside the airport at €3.20pp as opposed to €27 for a taxi. Ride was approx 20 mins. (Would have been 30% cheaper but hadn't yet purchased the Bona card. When I did get around to it, a €15 card got me to Santa Cruz and back and to the airport with 40c left).
Here's a few high (and low) lights from my five days. 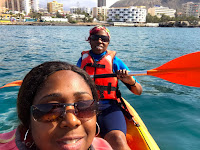 Kayaking - The kayaking trip to see the dolphins was a bit off a fail. We weren’t as strong as the other kayakers (it was Shay's first time) and so our guide asked us to remain in the bay so we didn't have to deal with strong  currents, boats and other elements. This turned out to be a blessing in disguise as the currents proved extra strong that day, meaning they returned earlier, someone had been sea sick and a dolphin had only been spotted right at the end. Not worth in it my opinion. We on the other had just kayaked around for a couple of hours in the calmer part of the sea and Shay was a semi pro by the end :) 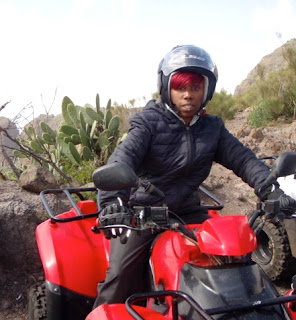 Quadbiking - I was a bit hesitant. Not about the quad biking - I’ve done it before and it really is a lot of fun; but about the route. 3 hours through steep mountains when I’m not a fan of heights. The plus was that I got to see Masca which I’d looked up before leaving home. Rolling, high mountains, coupled with beautiful, green valleys. Very picturesque and deserves more time on a future visit. There were a couple of occasions when I literally felt my heart in my mouth but happy to report I came, I saw, I conquered…and lived to tell the tale. 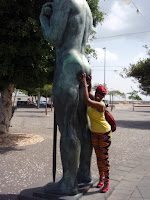 Santa Cruz - The express bus from Los Cristianos to Santa Cruz took an hour. Mountainous scenes as I left LC were swapped for the beautiful, blue coastline as I approached SC. I could see the change in weather even before I disembarked the bus and feared the worse as I saw some people in coats! But though not as bright and sunny and where I spent the past couple days, it was still warm. I had hoped to join an organised walking tour but as no one was at the meeting point, it turned out to be a self guided walk around the city. The walk from La Concepcion lead to the beautify Parque Garcia Sanabria.  I particularly liked the La Fecundidad Sulpture, a voluptuous nude female figure who sits in the park’s fountain. From there I headed to La Rambla which was a lot quieter than I imagined and finally ended up at Plaza de Espana. This last stop was disappointing as the fountain was completely dry...but I did get a good grope of this guy’s cheeks.

Teide by Night - Quite possibly one of the worse tours I’ve ever done.  Viatour’s website promised ‘watch the sunset from the mountain, enjoy a delicious meal, look down on Tenerife from above and stargazing’. What we got was a half hour late pickup, a drive around to various other hotels to pick other guests up, a drive in the dark to a restaurant, a quickly slapped together meal, a drive in complete blackness up the mountain where we couldn’t see what was right in front of us let alone any views of Tenerife.  The stargazing was as promised and it was quite spectacular seeing mars (which was actually red) and venus but other than that it was one of the most disappointing tours I’ve ever done on holiday. Had so been looking forward to seeing Teide so it was a real let down. I didn't quite believe the weather app that said it'd be minus degrees up there...but so right it was. Thankfully I had worn my coat with a few layers underneath and even though I was still very cold, I was a lot better off than some who hadn't checked the weather. 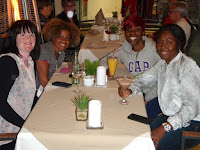 Meeting friends and family - it doesn’t happen often where someone you know just happens to be in the same country as you, at the same time, totally unplanned when on holiday. So on those rare occasions you just have to meet up. The first occasion was dinner out with some of Shay’s work colleagues. We took a walk down to Los Americas and then a taxi to La Rambla in Costa Adeje. Her friends had a friend living there who recommended the restaurant. We ordered ribs, rabbit, chicken, steak, salad, wedges and fries for the table and Shay and I shared a jug of Sangria. I was surprised when the bill turned out to be €11 euros each.
The second occasion was my niece and sister-in-law who have been frequenting Tenerife every year for at least the last eight years. We almost missed them as the quad bike tour returned us a lot later than it should have. We met at a little cafe where I enjoyed a fresh mango and pear smoothie as we swapped holiday stories. They were impressed at the amount we’d squeezed into our short trip.

Montana de Guaza - My planned trek up Montana de Guaza was an epic fail! I got to the mountain, and started up but the number of dogs running around unleashed was more than my little heart could bear. I admitted defeat - and changed course for the beach, where at least the dogs were leashed.

Eating - I’m all about the food when travelling and there were definitely some culinary delights on this one.  Thai the first night, a meat feast the second. At restaurant Compostelana I purchased my most expensive seafood paella @ €25 for a double person dish as they didn’t do individuals. They wrapped the rest as takeaway but it wasn’t the best so I chucked it in the end. All too late I discovered Kaviar, on our last night. When I ordered the lamb chops and potatoes I had no idea it would be a) so large or b) so beautiful to look at or taste. The six chops accompanied by roasted veg, potatoes and honey mustard sauce was amazing to eat and made even more so when compared to the price of a similar type meal in UK. I had longed for a gellato the entire holiday and hadn’t got round to actually having once. So I seized the opportunity on my way to airport security and was so glad to have squeezed it in at the last minute that I didn’t even mind paying twice as much as I would have on the beach.

So that was my impromptu trip to my first of the Canary Islands.  Will be back at some point to see the volcano by day and explore more of the island. 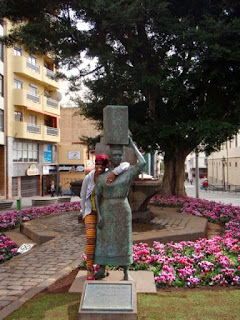 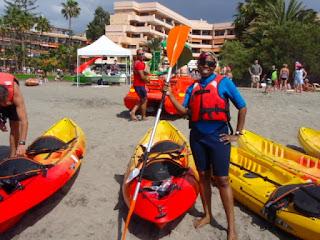 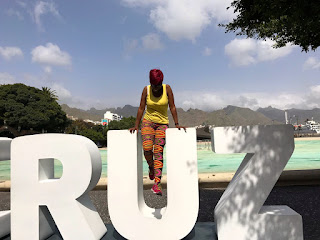 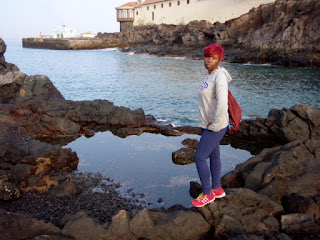 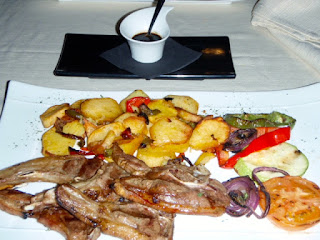 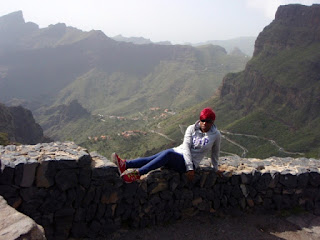 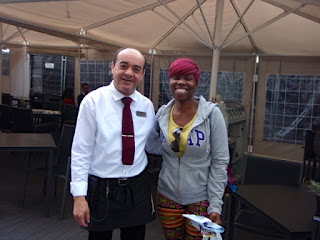 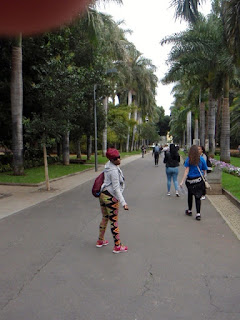 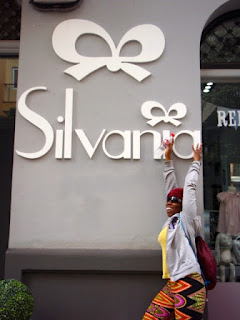