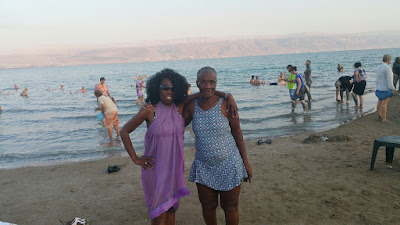 I CAN NOT BELIEVE IT'S TAKEN MORE THAN A YEAR TO POST THIS BLOG. And as such, it will be more of just a sketchy overview... 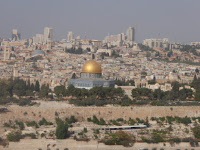 For years I’ve wanted to visit the Holy Land but knowing it was also my mother’s dream, I determined I wouldn’t go without her. My sister decided she wanted to come too and a church she knew of were organising a tour which they did annually. My first mistake. Large group tour holidays are not for me. I’m a seasoned traveller and don’t need to be babied when travelling. I’m also a punctual person so waiting half an hour for the rest of the group to straggle back to the meeting point or blatantly disobey orders by stopping to shop when we were told not to really annoyed me. There was a constant, daily struggle between those who were keen to follow the itinerary, timings etc. and those who were set on doing their own thing despite the affect on the group. 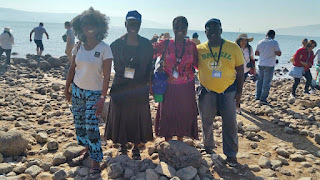 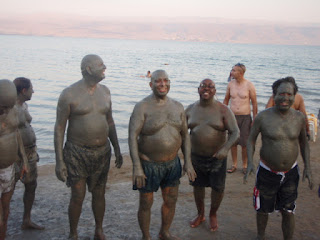 As it’s been almost a year this will be a quick summary.

We stayed predominately in Jerusalem on Mount Olive with the most spectacular views of the Old Town, which was a blessing as it was the only positive thing about this hotel. As well as Mount Olive, Old Town and Church of Accession I also visited church of holy sepulchre, Jewish cemetery, Garden Tomb, Sea of Galilee cruise, station on the cross , dome of the rock, zaccheus tree.

Here are the highlights 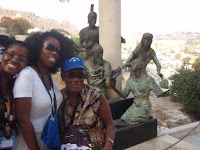 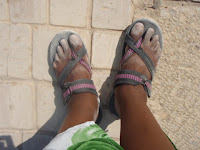 Masada - this was amazing! I really wanted to ascend by foot but our tour leader said there wouldn’t be enough time so we took a cable car up. However the queues were extremely long on the way down so while some of our group took their time walking around myself and 2 other ladies were granted permission to descend by foot. The sun was steaming hot and I felt it even through my umbrella. What started as a good idea became an issue very quickly. I had earlier taken off my trainers when we were told we had to use cable car and opted for my cushioned sandals which while supportive weren’t the best choice of footwear. But the real problem lay in the fact that I was descending a ginormous mountain by foot, when I’m scared of heights!! A few metres in I knew I’d struggle on the twists an turns and so had to slow down. But when the ground evened out, I made up for it. Once I had made it down I looked back up the mountain behind me and the sheer realisation of my achievement hit me. I had done it! And boy did my legs know it the next day but the swollen ankles were a small price to pay. 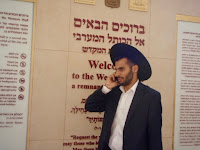 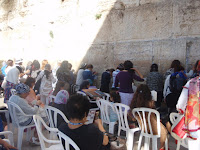 Western Wall -It was great seeing these places that I’ve heard / read about. There are 2 separate sides - one for men and one for women. Many people were touching the wall and praying and I could see the bits of papers that people had written their prayers / requests on and stuck in-between the brickwork. There were also some plastic chairs around for those who didn’t wish to stand and I was intrigued by the women walking backwards so as not to turn their back to the wall. 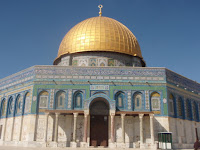 He Is Risen! Really enjoyed it here. Our group almost didn’t get to visit as you have to make reservations and only a limited amount of groups are permitted at anytime. According to our tour guide there were record numbers of people in Israel this year. When we got the call to say we had a time slot we had to leave the place we were visiting in Palestine and rush straight back but it was worth the rush. At the tomb we had a British guide who worked at the site. He was very funny, informative and engaging. We had a small service and some in our group took communion. We were shown an old wine press and allowed to visit the empty tomb. It was done in a very orderly manner, 6 or 7 people allowed in at a time for a few seconds. With this kind of organisation - I could tell it was Brits running the place :) Our tour guide had told us a few days prior when we had visited the Church of the Holy Sepulcher  that many believed that was were Jesus was buried but the Garden Tomb was the more likely place. After seeing both I do agree. There was a gift shop on the way out which was reasonably priced with all funds going back into the upkeep of the place. If this place is not on your list for a visit to Israel - it should be! 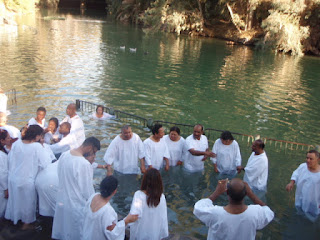 We also spent 2 nights in Jericho and the highlight here for me was the cruise on the Sea of Galilee. The cruise was amazing. I gave the captain my iPod, and thought the group dance steps like the electric slide to Kirk Franklin's I've Been Looking. And later on a couple members of our group (which was predominately Indian) showed us some Bollywood moves.

Church of the Holy Sepulchre - Our guide gave us the information about the church on the outside and then showed us inside. Once inside though the crowd was crazy. There were people pushing and shoving, hardly any room to move. Clearly no health and safety measures. The queue for what was meant to be the grave of Jesus was way too long to even consider joining (coupled with the fact we know He's no longer there ;). On my way out the were people pushing to light candles over something that seemed like a large container of wax. It looked very unsteady to me. I could see smoke from all the candles they were lighting and I walked as quickly past as possible as I thought any minute now a disaster could occur. I really think this place would benefit from some people trying to control / direct the crowds. 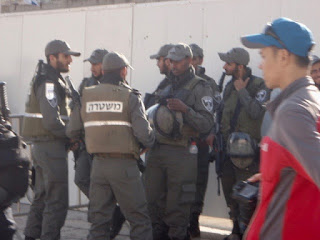 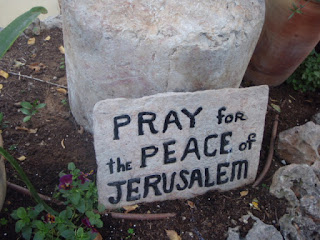 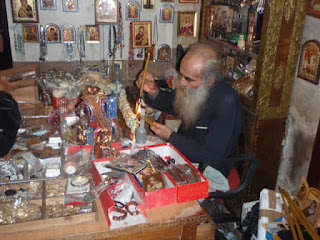 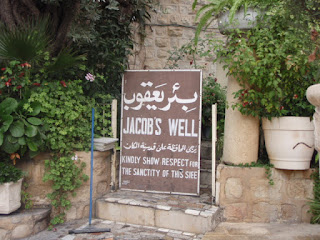 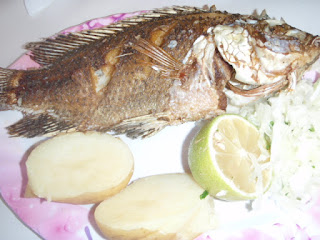 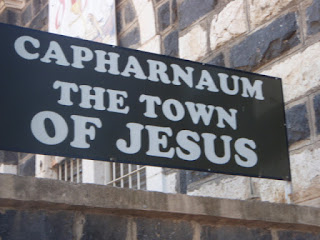 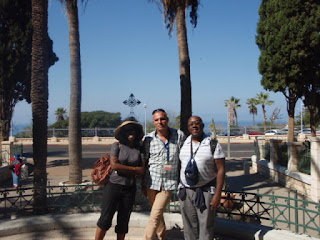 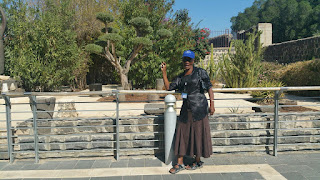 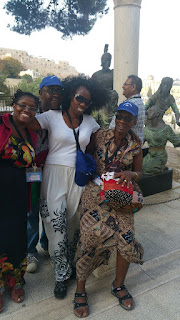 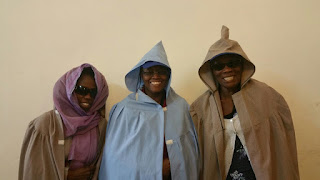 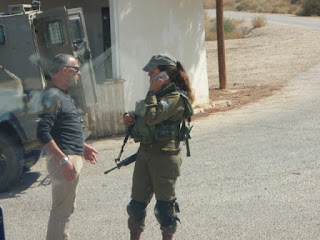 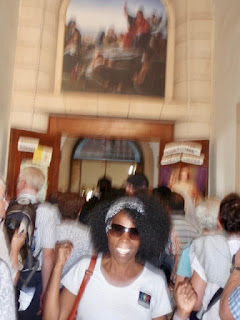 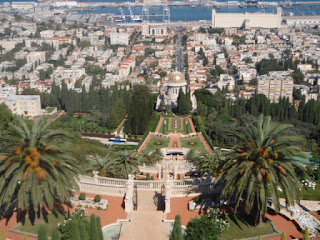 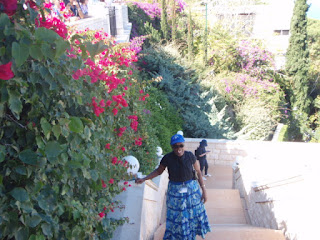 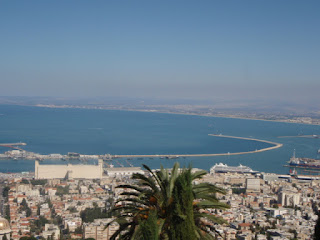 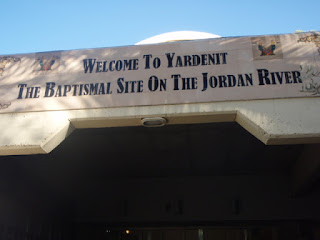 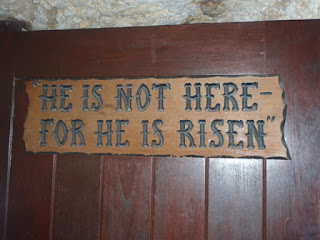