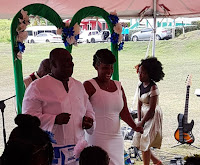 Well last year was epic and as much fun as I had setting myself the challenge of 12 travels in 12 months it’s not something I’ll be doing again in the near future. Firstly it’s highly disruptive and secondly it’s costly.
In comparison, 2018 started a lot quieter.  The focus was on house renovations and my first trip didn’t happen til June  - Barbados for my sister’s wedding. I’ve mentioned Barbados countless times so won’t talk about the beaches, the food or the amazing people. Much of the time on this trip was taken up with wedding prep but after the wedding, there was a small window of opportunity for ‘holiday stuff’. 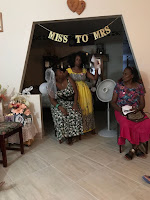 There were a few highlights to the wedding itself. The Hen party stands out - which I organised and will NOT post details of on this blog. Then there was the bravery of my sister, trusting me and 2 of her friends, who had never baked scones before, to bake over 200 for her wedding; which came out ‘interestingly’. Or her being the first of all my siblings (who have all had weddings) to ask me to sing. The lowlights being the accommodation we stayed at the night before the wedding. Dirty, tatty and watching my niece balloon out from bed bug bites. And me chocking on a chicken wing bone at the evening session, rushing outside thinking ‘I can’t die in front of my sister on her wedding day.’

It just so happened that my father had a birthday while we were out there and as it came after the wedding, I decided to treat him to a cruise on the Jolly Roger. He hadn’t been on it before and he brought a couple of friends, as did I. It had been several years since I last did the Jolly Roger lunch time cruise and though it had significantly shot up in price it was every bit as fun as I remembered. It was made all the better watching the enjoyment of those around me who were on it for the first time. Great food, music, dancing, all the rum you could drink (not for me but rum lovers might enjoy) and then snorkelling with the turtles. A great time was had by all - except one who got sea sick. She hadn’t touched any of the alcohol but the motion of the boat made her throw up and feel awful.  But otherwise - my dad's best birthday. 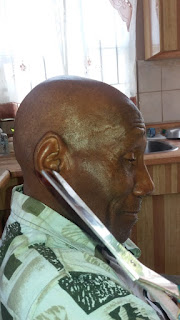 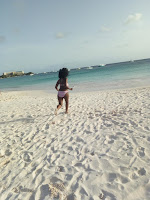 Then there was my dad trusting me to clip his ear hair with the most ridiculously large scissors.

And teaching my nephew how to play hop scotch.

Oh and there’s a random picture circulating of me legging it toward the sea. My friend and I were chatting. She turned away to get something from her bag. At the same time I saw some unleashed dogs heading our way. I thought the safest place would be in the water. She looked up from her bag to see me halfway across the sand heading toward the ocean and before deciding to rush to my aid to find out why I was running - she reached for her phone.

Another great trip to Barbados. 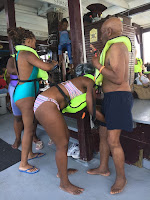 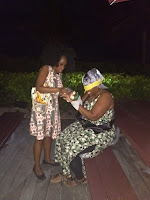 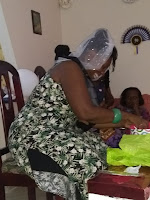 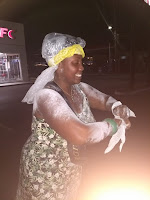 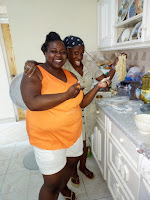